Bheemla Nayak stars Pawan Kalyan and Rana Daggubati in the lead roles. The film is an official remake of Ayyapanum Koshiyum [Malayalam]. While the screenplay and dialogues are written by the famous Trivikram, the movie is directed by Saagar K Chandra.

Pawan Kalyan is a Sub Inspector of Police, he’s very sincere towards his work and kind with the innocent poor people of the town. Rana Daggubati is a big shot mainly because his father is a politician, gets arrested and filed for a case by the hero considering his ruthless behaviour with the police officers. The ego clash between the two goes over their heads and how the drama comes to an end forms the story.

Saagar K Chandra who has directed a few not-so-successful films so far has done his job neatly here with no complaints. The outline is an usual Good VS Bad, yet the original writer Sachy created a strong base by setting the ego clash commendably. The crux and all the important elements have been maintained well. Trivikram has written the screenplay and dialogues for this Telugu adaption, he is indeed the main pillar of strength. He has tweaked the screenplay at majority of portions and it has worked out in the movie’s favour by perfectly suiting the regional audience’s taste. The establishments of the male leads have been beautifully done, without any needless scenes, we get to jump into the core content at the very first scene, not just that but we also get to grasp the characterizations clearly, it helps us stay invested with the subject throughout. The character developments, how their egoistic feature shoots up and reaches the peak… elements like these are handled cleverly. Backed up by grounded situations that connect immensely, we get to witness some worthy mass sequences frequently. The setting is superlative and hence the first half is wholly satisfying. But the second hour dips at some places that lack exceptional sequences to interestingly move forward the story. One thing that this film heavily suffers from the original is its depth, because of the crisp narrative, we missed out to get a deeper understanding of the stars and that affects the emotional impact to an extent. Somehow it has been branded as a Pawan Kalyan film, as the title carries only his character name unlike the original Malayalam version which had a part of both the star’s character names. Thankfully, the actual film is not just a one star driven vehicle, they’ve made sure to give equal importance to both the hero and the villain from start to finish, which happens to be the unique selling point. Despite some flaws in the later stages, the climax is terrific. Not just the action, it smartly connects with a few plot points shown earlier in the film and brings back the momentum that was lost for a little while. Crazy conclusion scene adds great value and sends the fans out of the theatre with a smile. Dialogues are a big plus, hero worshipping and mainly the talkie portions between the two stars are powerful and also sensible at the same time.

Pawan Kalyan is very much likeable with his charming presence, he nails in the action portions and the Bar-Blast scene in a league of its own because of his attitude. Stylish and simple dance moves in the title track just lit the cinema hall. Also, there are certain dialogues purposefully kept for his fans to rejoice and directly relate to his persona. Rana Daggubati on the other hand is menacing and steals the show, there are high chances for the general public to be impressed by him more than the hero himself. This is undoubtedly his best work since Baahubali as an actor, tremendous performance in every single frame. Nithya Menen gets a courageous role and she has played it well, her portions are sweet and her chemistry with the Power Star clicks, her character has a needful involvement with the story in the later half as well. Samyuktha Menon appears in a meaty role, she seemed to have gotten just a filler role till a point, but the big reveal in the climax makes her character super-effective. Brahmanandam’s cameo at the end is fun and a crowd-pleaser. The rest of the artists also have a respectfully decent amount of screen-time and purpose, all have supported well.

Huge shout out to Thaman who has ruled the film on his shoulders with his thundering background score. He has elevated the mood of the mass moments at an unimaginably greater height. A couple of songs are foot-tapping and offer goosebumps too. Truly a musically mesmerizing material in all aspects. Camera work is solid, the slow motion shots narrate a story of its own, the commanding body language and facial reactions of the stars have been captured finely. The runtime of 145 minutes is a sure-shot advantage considering its racy flow, but only for the people who haven’t watched the original which is 30 minutes longer than this product, audience who’ve watched the original would definitely long for the depth that was there, however it must be a creative decision at the starting stage of the project. Stunts are enjoyable, there are a few heroic punches but at the same time the team has maintained a level of discipline while making the highlight one-on-one fight sequence at the end by keeping it as realistic as possible.

Perfect casting as the contribution of both the stars are lovely. Has a masala flick treatment, yet the adaptation is smart with matured presentation and powered by topical music. Fiery first hour followed by a passable latter, however things get together so fluently and attract at the end… Make it a gripping commercial entertainer. 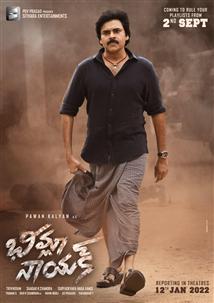