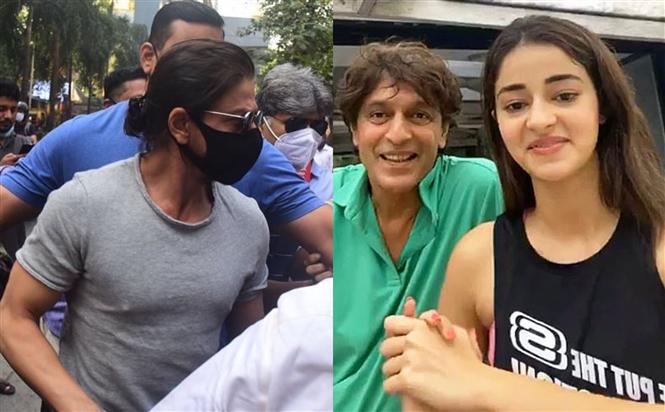 After Shah Rukh Khan paid his son Aryan Khan a visit at the Arthur road jail at Mumbai today, the Narcotics Control Bureau (NCB) reached the actor's residence Mannat for a raid. Simultaneously they also reached the residence of actress Ananya Pandey whose parents actor Chunky Pandey and Bhavana Pandey are close family friends of SRK and his wife Gauri Khan.

The anti-drugs agency officials have called the 22 year old Ananya Pandey for questioning to their Mumbai office. Ananya debuted into acting in 2019 with Karan Johar's production Student of the Year 2 and is currently shooting for a Telugu-Hindi bilingual titled Liger with Vijay Deverakonda.

Reportedly, Ananya was served with an NCB summon on the basis of Whatsapp chats she exchanged with Aryan Khan with respect to drug procurement.