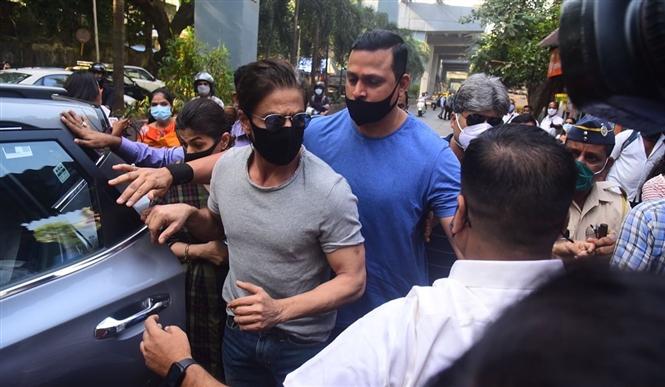 It has been three weeks since actor Shah Rukh Khan's son Aryan Khan was sent behind bars at the Arthur Road Jail in Mumbai, in relation to a drug bust case. And for the first time, actor Shah Rukh Khan dropped by for a short visit after his son's bail plea was denied once again last evening.

Previously SRK and his wife Gauri had been allowed to video chat with the 23 year old Aryan for 10 minutes, in the presence of a jail official. At the moment, Aryan’s lawyer has approached the Bombay High Court and the HC has listed the hearing for October 26, 2021 i.e. next Tuesday.

The recent glimpses of Shah Rukh Khan teaches us Never ever abandon GRACE from your Life
No matter What kind of problem you are dealing with.

Aryan Khan is currently lodged judicial custody after he and other accused were booked for offences under Sections 8(c), 20(b), 27, 28, 29 and 35 of the NDPS Act. They were arrested by the Narcotics Control Bureau (NCB) on October 3 and have been denied bail multiple times since then.

Television cameras hounding a devastated father like hyenas as he goes to visit his son, news anchors claiming that Aryan Khan lodged in the same jail as Ajmal Kasab. A country that looks the other way through mob lynchings and murders by those in power has found its villain

While Aryan Khan’s lawyers have been arguing that no contraband was found from him, the NCB has been opposing his bail on the ground of alleged WhatsApp chats that indicate an international drugs racket. They have also stated that Aryan Khan's background allows him means to tamper with evidence, if left out on bail.