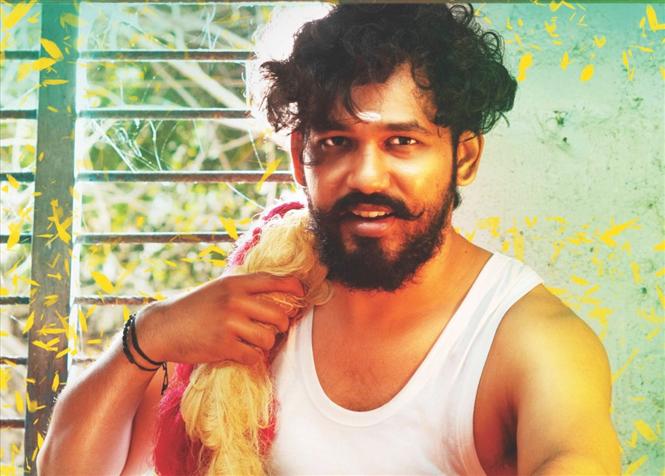 Hip Hop Aadhi’s second directorial Sivakumarin Sabadham is a regular drama that revolves around a bunch of men in a chaotic setup. The filmmakers may have forgotten to notify the audience about two important things you need to be able to experience this film effectively.

Sivakumarin Sabadham has been conceived and written (story, screenplay, dialogues and lyrics) by Hip Hop Aadhi and he has handled the music department while also co-producing the film. It does raise the question if Hip Hop Aadhi is the next TR in the making!

The lack of seasoned writing is evident throughout the film as the story and its characters struggle to be consistent. The pivotal character of the film is Varadaraj, a Kanchipuram-based silk saree weaver who has a great legacy that he carries around with pride. But it is the same character who is seen being baseless and out-of-line funny in some scenes and that for sure ends up confusing the audience. To make this observation more cinematic, one ends up with the question “Neenga nallavara? kettavara?” (refs to the Nayagan dialogue roughly translate as “Are you the good one or the bad one?”) at the sight of almost every character in the film. They constantly change according to what a particular fragment of the scene needs, putting behind the overall character sketch or arc at bay.

Prankster Rahul, actress Madhuri, Adithya Kathir in important roles deliver a performance that has no complaints other than the poor writing that brought these characters to life.

The film deserves appreciation for the choice of presenting the film at the backdrop of Tamil Nadu’s pride, Kancheepuram. We haven’t seen many films that show details about this particular weaving industry and though the film provides only platonic details about this community, it is a new thought that does capture our attention.

The movie goes overboard with the number of music tracks that get featured onscreen. Despite the songs being catchy, it does end up becoming a tiring watch. The same pattern follows with the humor too. It shows how making creative calls to ensure there’s an optimal mix of elements is crucial for a film. More doesn't mean good!

As a filmmaker, Hip Hop Aadhi seems to have presumed that he has complete command over the magical formula that can result in an extremely entertaining film. Though it is a harsh one, the audience will break it to him the fact that his formula cannot be the same but needs to be upgraded and improvised every time he sets out to make a film.