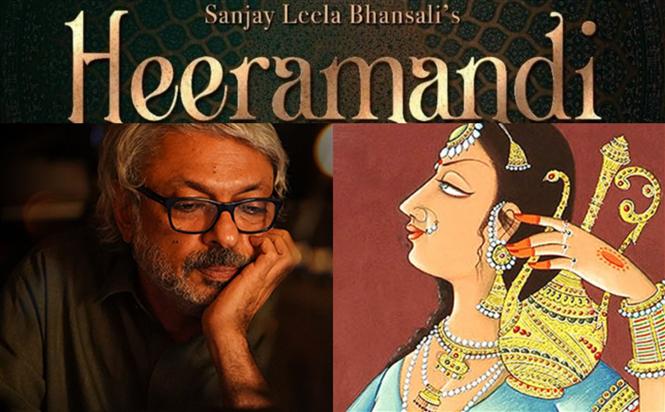 Director Sanjay Leela Bhansali who recently celebrated 25 years of film-making is all set to enter the OTT arena. Streaming platform Netflix announced on Tuesday that SLB's upcoming period saga, set in the pre-independence era will be hosted by them as a web-series.

Heeramandi, named after the infamous red-light area in Lahore (now in Pakistan) will revolve around three generations of courtesans. During the Mughal empire, a 'tawaif' from the walled city of Heeramandi was known for performing Mujras, a dance format put up for entertaining the elite and locals.

These women were hugely influential group who even went strict training for etiquettes while entertaining. Besides popularizing Urdu, they even took care of young to-be emperors, teaching them culture and heritage. As time went by, these 'tawaifs' were classified as prostitutes, especially during the British rule.

In modern-day Lahore, Heeramandi functions as a full-fledged sex-workers' zone and the Netflix series will explore themes of love, betrayal, succession and politics in its brothels. Monika Shergill, VP, content of Netflix India has said,

"Heeramandi will be a story that will intrigue audiences and transport them into a world of incredible grandeur, beauty and harshness at the same time.”