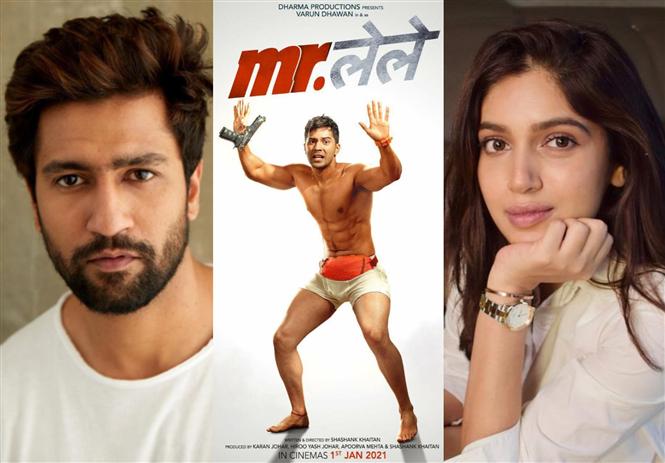 Karan Johar's upcoming production Mr. Lele was brought to a screeching halt after its lead actors Vicky Kaushal and Bhumi Pednekar tested COVID-19 positive on the film's sets. Fortunately not the entire unit was affected and some of them including the junior artistes escaped contracting the Coronavirus.

Since the number of Bollywood actors testing COIVD-19 positive has seen a rise, the Federation of Western India Cine Employees (FWICE) has increased precautions on film sets. Ashok Dubey, General secretary of FWICE has been quoted in the media as stating,

“We have informed production houses to stop all dancing sequences and also no fight scenes should be canned.

We have informed all the film units to do RT-PCR test and if anyone is positive then they should be replaced, there is no need to halt the shoot.”

Mr, Lele directed by Shashank Khaitan was originally announced with Varun Dhawan, but the film was put on hold just before lockdown was announced last year. It was revived with the current actors in 2021.