COVID-19 takes over Bollywood: Coronavirus gets to actors like never before! 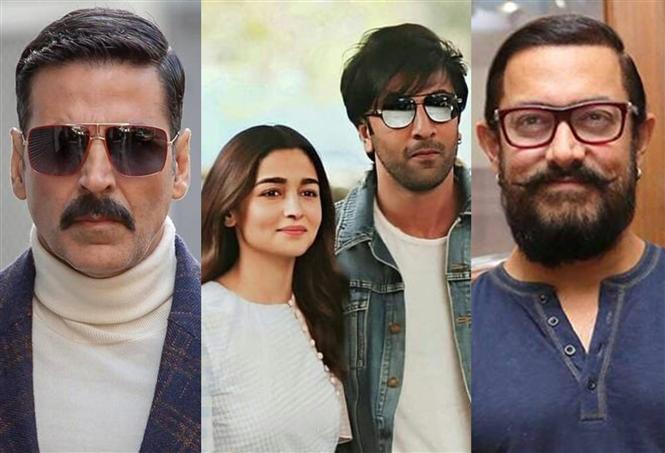 The Indian health ministry has declared Maharashtra, among 10 other states as a place of 'grave concern' owing to the rise in COVID-19 positive cases and its capital city of Mumbai, which houses India's biggest film industry i.e. Bollywood seems to have been worst affected from the Coronavirus.

Only last month, star actors like Ranbir Kapoor and Aamir Khan announced that they had tested positive for COVID-19 and while the former has since tested negative, Aamir is still in home quarantine and recovery. Student of the Year 2 actress Tara Sutaria and actor Manoj Bajpayee had tested COVID-19 positive mid-March and have since recovered.

Veteran character artist Sathish Kaushik who also tested COVID-19 positive mid-March had to face a whole different ordeal when his toddler had to be hospitalized for several days, first due to the virus and then because of the ill-effects that came with it.

March ended with a flurry of COVID-19 cases in Bollywood which included names like Chhappak actor Vikrant Massey, Dangal actress Fatima Sana Shaik, Madhavan, Karthik Aryan and Paresh Rawal among others.  On April 1 2021, Bollywood actress Alia Bhatt announced on her social media page that she has contracted the COVID-19 virus.

Alia's Raazi co-star Vicky Kaushal announced on April 5 that he has tested COVID-19 positive as well. On Sunday star actors Govinda and Akshay Kumar revealed that they are in home quarantine after contracting the virus while Akshay updated on Monday that he has admitted himself to a hospital after seeking medical advise.