Pagglait Review - The art of finding yourself while losing someone 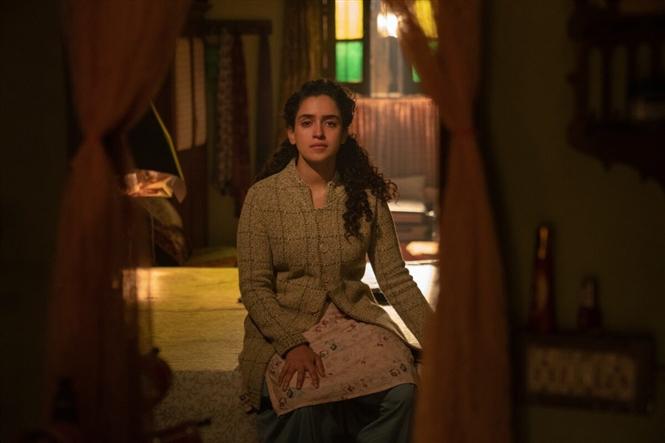 The art of finding yourself while losing someone - Pagglait

Cinema has always had the power to dictate(manipulate) how a viewer perceives any matter. It has made people accept the darkness in humor, romance in horror, comedy in a thriller. Any emotion can be tapped out from any spot making an amalgamation of contrasting elements a child’s play for strong writers.

Umesh Bist’s Pagglait is a drama around a bunch of characters at a funeral and highlighting a young widow processing her grief. In psychological terms, there are seven stages to grief & the narrator seems to have planned his major plot points based on those steps.

The steps are as follows:

Shock and denial. Pain and guilt. Anger and bargaining. Depression. The upward turn Reconstruction and working through. Acceptance and hope.

Sanya Malhotra as Sandhya is a young widow who loses her husband almost a few months after their wedding. She is in an emotional state that doesn’t allow her to feel anything about this life-changing loss of her husband. The lack of grief is explained to the viewers in a non-critical manner. These nuanced emotions & details that have been drafted on paper come alive on screen as Sanya Malhotra aces her act.

The story is inclusive of many minor characters that help in setting context & enunciate the tone of the film. Best of family dynamics & politics are usually well narrated through a wedding or funeral-based dramas. Paggllait exploits the latter & lets the viewer empathize with the aggrieved family & feel something for the deceased too. Though the filmmaker consciously doesn't put a face to this deceased man, as a viewer you start giving your image to this character through the eyes of the characters that handle his demise.

The story upholds the abnormality of a wife getting to know her husband through his ex-girlfriend. Is there a more beautiful way to discover someone? It symbolically shows that Sandhya meets the lover that her husband was (could be). The ex-girlfriend’s story reassures the protagonist (Sandhya) that her husband was capable of love & the chances of them falling for each other weren’t bleak if he had lived longer. This mere thought pushes her towards the positive curve of her grievance.

The movie smartly doesn’t exploit the dark side of how young widows are treated in some Indian households. It is not to dismiss the injustice but simply because the story was not about that. The story was about a young girl who finally gets to meet her husband but not in the most common way. This encounter not only enlightens her about him but also about her purpose in life.

Simple stories like these are films that the industry & society should watch out for. They come, they ensure to become a topic of discussion & leave an impact of their style. The film concludes with a positive note that brings the character & the viewer to the last step of grievance, which is, acceptance & hope!