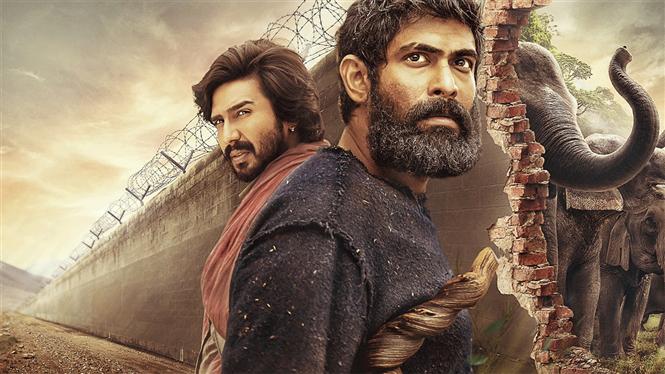 Kaadan - Not as dense or intense as the forest!

Kaadan starring Rana Dagubhatti in the lead is an ecological drama that focuses on the threat to the existence of director Prabhu Solomon’s best pals a.k.a elephants! The film majorly revolves around the character Veera, who is said to be popularly known as “The Forest Man of India”. His interactions with the environment of a forest are captured well enough that it may lead to the uncanny resemblance of the popular onscreen character, Tarzan.

The film majorly banks on what Rana has to offer through his performance as Veera. However, evident confusions seem to prevail with his characterization too. He comes across as a raw, rustic & uncivilized tribe man living in the forest but he seems to effortlessly manage to converse in English with a journalist. More backstory & evidence to substantiating his character would have contributed to the advantage of the film.

Vishnu Vishal almost appears as a cameo with not much to offer both on performance or in the purpose front. The narrative also conveniently assassinated his character in the second half of the film. The trailer shows more of his character which seems to have lost its way into the main film. The same negligence is shown towards the group of protestors who are positioned as terrorists. The group sways in & out with no impact or necessity. Overall the film is unfair to many of its characters that make the experience incomplete.

The women, Zoya & Shriya of the film sadly don’t leave any impact through their roles. It’s not a performance issue but an issue with the importance packed with their role.

Kaadan from the get-go glues you to your seat via its visual & technical brilliance. The work behind the camera in establishing the grandeur of the forest & the elephants play a major role in commanding the viewer’s attention. The natural sounds of the forest come alive in each & every frame making the set up believable & realistic. Most of the work with Computer graphics & visual effects has been executed to perfection. However, the first frame might confuse you if you’ve walked into a Disney film!

This is for sure director Prabhu Solomon’s comfort zone. A film close to nature & its elements has been his thing for close to a decade now. While the intention & cause the film sets out to address is noble, the lack of an engaging screenplay & narrative elements take him & the film down. 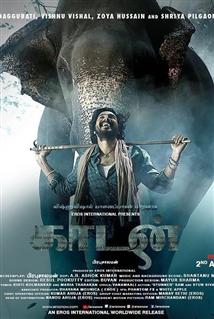