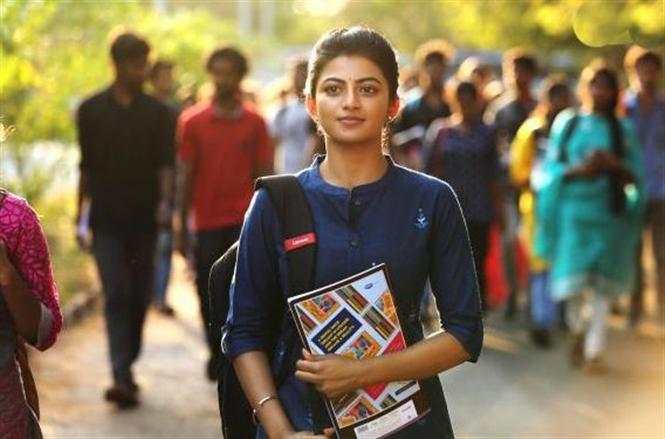 Kamali From Nadukkaveri - An applaudable attempt, single-handedly shoulder by Anandhi

Going by the popular opinion of films being a reflection of some exemplary stories from real life, Kamali from Nadukkaveri might be the story of an average small-town girl with dreams & determination. This Anandhi starrer has been directed by Rajashekar Duraisamy and has been funded by Abbundu Studios.

The film takes us through a teenager's journey from a small town called Nadukkaveri to IIT Madras in a realistic manner. The story is completely aware of its restricted space to play around. However, this doesn't affect the core scope of the story the filmmaker is set out to say. Even though the film holds limited characters that are mostly played by fresh faces, the movie enjoys a safe spot among the viewers through its runtime.

The film holds a lot of similarity to many women-centric sports films we’ve seen in the past. The same reason makes it a predictable tale but with some engaging parts. The film seems to be in no hurry or pressure to deliberate anything that doesn’t fit well in its puzzle. This approach, while appreciable, may have led to some portions that seem lagged & dragged.

Actress Anandhi plays a very convincing & believable role in the film that solely revolves around her & her endeavors. It is for sure a breath of fresh air to see that her character was written with a lot of consideration & it did not ride on another male character to come & save her case. Anandhi’s performance in this film will surely hold a special place in her filmography.

Prathap Pothen, Alagan Perumal, Imman Annachi appear in important roles & do what the tale demands from them well. Rohit Seraph as Ashwin holds a minimal screen time but shows off good screen presence.

The songs rendered by music director Dheen Dhayalan are neat & help the film progress. The comical BG in the first few minutes of the film is overdone & gives the scenes a television daily soap (TV Serials) kind of a flavor.

Work behind the lens & edit enhances the smoothness of narration to a good extent. Technically the film seems a bit tacky in the climax when the story relies on some CG work. The pace & plan on the climax sequence could have been drafted better on paper & honed further on-screen.

Overall the film sets out to say a believable yet slice-of-life tale of a teenage girl that deserves a one-time watch. Films like these that are aimed at motivating youngsters are any day an applaudable attempt! 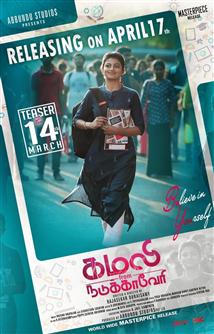