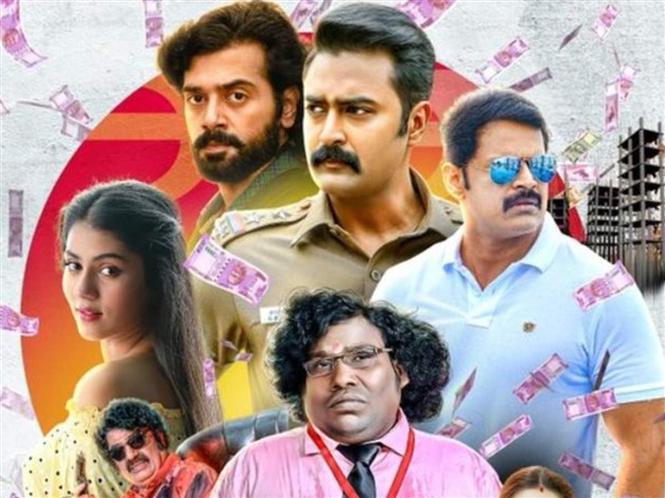 Prasanna plays Kumaravel, a small cop with financial difficulties. To add to his problems, his wife is tested with Thyroid Cancer and he is in need of money urgently. At the same time, we have Yogi Babu who is a small time thief and Ashwin Kakumanu who is the typical lover boy trying to impress his love interest (a rich girl). Due to certain cirumcstances, Naanga Romba Busy brings together these 3 characters who are all in need of money. When they decide to loot, enters the cop ACP Ravichandran played by actor Shaam. The rest of the story is about whether Shaam catches hold of these 3 or whether they trick him and find their way out with the money!

As a one-liner this might seem more like a crime investigation based film with a heist angle that could have a gripping screenplay. However, director Badri opts to treat this with the commercial formula and adds a lot of the typical elements that we see in some of the usual comedy films. There are a set of comedians that enter and exit the scenes played by Motta Rajendran, Thangadurai, Powerstar Sreenivasan, VTV Ganesh (politician) and Lollu Sabha Manohar. There are illogical sequences that portray heist based scenes, a couple of songs just for the count and many other compromises.

Even though it is understood that such films demand for elements that satisfy one and all, Naanga Romba Busy has it all in proportions that do not particularly entertain throughout. A few scenes that star Prasanna and the emotions work and some of the sequences with Shaam are decent. But the overall picture seems a tad bit haphazard due to numerous characters with barely an arc and a diluted storyline that leaves no impact at all.

The technical aspects of Naanga Romba Busy are just about average. Visuals by Krishasamy are functional and so was the background score by C.Sathya. Otherwise, the edit could have surely added more value and so could have the writing one might think.

For a popcorn entertainer film that follows the heist route, director Badri and team have chosen to add too much within the run-time rather than following the tangents of the lives of the primary characters. The scenes that feature these primary characters work here and there but one would just wonder why the makers did not stick more to telling us about their story and struggle and deal with their conflicts with a slightly more serious approach.

On the whole, Sundar C's Naanga Romba Busy is the typical commercial drama with minimal positives that would engage audiences. The Sundar C 'entertainment' is also lacking in majority scenes and most of the events are very predictable or usual. For those with no expectations of any sort and for fans of no brainer comedy films, this could be just about an average watch. Otherwise, there is nothing much you can take away from this Diwali special direct Television release! 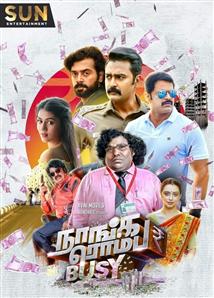