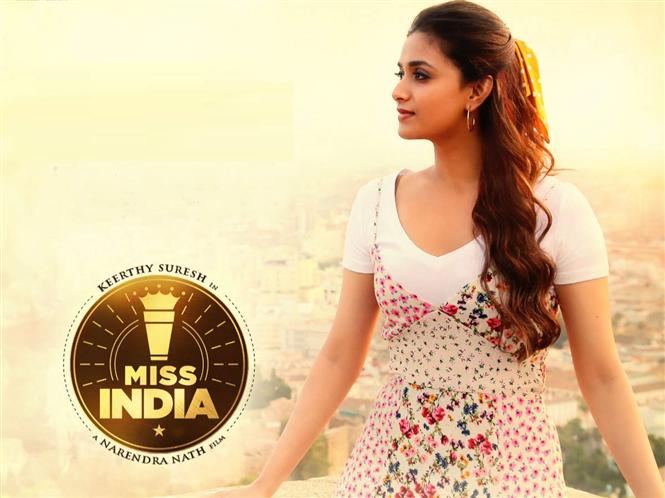 Miss India - A template mass hero(ine) film that is too simplistic!

Let me start with the rather surprising aspect first. Unlike the recent outings with a female lead, Miss India keeps it simple. It is a straightforward story of an underdog who comes up against all odds and is narrated through a template reserved for our mass heroes. Come to think of it and this film might not really be anything about feminism in a certain sense but is actually feministic for the very same reason. It replaces the male mass hero with a female and goes about the job in the same manner and isn't this precisely what feminism about - just gender equality!

The film is off to a rather mediocre start. The dialogues are too filmy and so are the performances. But the pace helps and before we realise, the protagonist transforms from a child to an adult and we get to the central conflict. Samyuktha (Keerthy Suresh) wants to be an entrepreneur and isn't going to let anyone stop her from achieving her dreams. The challenges are manifold. It starts from her home, with her family being the roadblock as they want her to be just a girl who would get married and build a family. Out on her own, she then faces her nemesis KSK (Jagabathy Babu) who doesn't want to lose his monopoly in business to a 'woman'.

Both the strength and the weakness of the film is that it is simplistic. Samyuktha just squashes all the challenges without breaking a sweat. A business empire is built in minutes. While this doesn't offer any sort of gratification to us as an audience because we haven't really seen her fall bad and aren't really going all out in rooting for her, the film does work at a certain basic level with Keerthy Suresh fitting in finely in the shoes of a mass hero. The glorification moments are simple and quick. We are saved the stunts and dances and most of the second half is just these tit for tat exchanges between Keerthy Suresh and Jagapathy Babu. It is surprising that with no real proper 'mass' moment that works, Miss India remains watchable. With a little more effort in creating an emotional heft and a solid 'giving it back' moment, the film could have really worked much better.

The film keeps providing unintended humour at regular intervals. Samyuktha talks about SWOT analysis and her two friends look at her in awe and react as though they are hearing about this strength, weakness, opportunity and threat concept for the first time in their lives. But the problem is that they aren't in mid or high school but are doing their MBA at a university in US. The foreign actors, as in most of our movies continue to be absurd. Characters happily converse in Telugu in important board meetings completely unmindful of the Americans in the room. Cheesy dialogues are in plenty. 'Coffee is not my cup of tea' goes one. And there is another rhyming conversation with charity, humanity and clarity. But there are some really simple and effective ones as well.

At the very start of the film, Samyuktha's sister marries someone against the wish of the family and her ties with the family are broken. For a film that advocates the need of women being given freedom, this troubling scene is left hanging. Much later, it is clearly shown that the family isn't really against love marriage as such but then what was the purpose of this scene? It doesn't really come across as something wrong on the part of the family to behave the way they do. More troubling is Samyuktha remaining mum during this scene.

Miss India does have its share of misses and is watchable at best. But to be honest, it is only as good or bad as our run of the mill mass hero films. And without all those flab and hero glorification and political punches, this one is certainly an easier watch and Keerthy Suresh keeps it afloat! 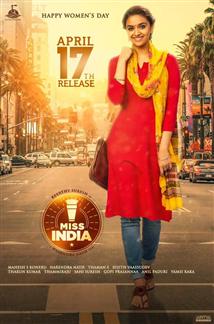