Puthum Pudhu Kaalai Review - An easy watch but that's about it! 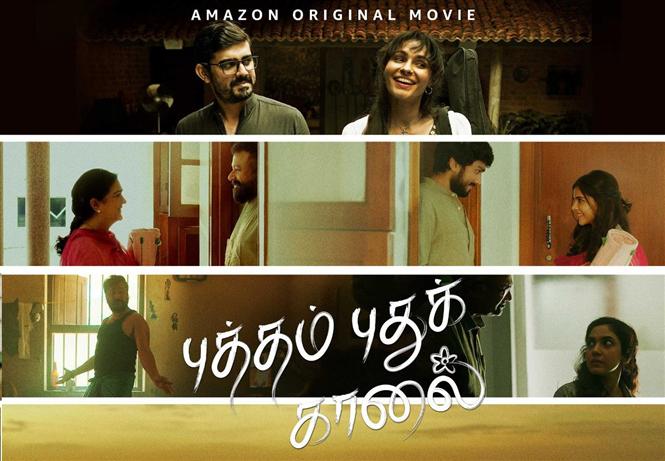 Puthum Pudhu Kaalai - An easy watch but that's about it!

This anthology from Amazon Prime centres around stories or rather episodes that happen in the lives of few characters during the lockdown. The thing with anthologies is that it becomes difficult to make a call on them as a single film, more so when each piece is directed by a different filmmaker.

Love keeps you young. This breezy love story of a not so young couple employs a narrative trick that works primarily due to the casting. Jayaram and Urvasi see this through with their joyous energy. Though a light hearted episode, it also plays a nice little guessing game on the nature of relationship between the two leads. An enjoyable one that gets the anthology off to a bright start!

A relationship drama between a grandfather and his granddaughter, this is another film that banks a lot on the performances. M.S. Bhaskar is very good and so is Ritu Varma. But there is also a sense of manufactured cuteness, the kind of feel that you get when you see these cutesy advertisements on television. If you can get past that, this episode would work for you.

The weakest of the lot with a film that tries to be too cool, right from the choice of the title. The performances don't strike a chord and it comes across as though the actors are carrying a placard - 'Can you see what a natural performer I am?'.

This takes a while to warm up to. Again, the performances are good with Andrea at the forefront. The issue with this film too is the manufactured feel it gives. While this works as a standalone episode, the effort to bring a closure through a romantic angle or rather the way it is done, sticks out. Also by now there is a sense of exhaustion, as all the four films till now revolve around characters belonging more or less to the same strata of society.

Suddenly the rules of the game change as you now have a filmmaker who started off with short films. Miracle is a comedy centred around an incident involving 3 characters. There is no laboured effort to pack in a story. The humour is effortless. It also helps that this one is drastically different from the other 4 episodes in every sense. As the characters in 'Miracle' say, this one is bliss!

The first four films with characters belonging to the same strata of society does bring in monotony. I wonder what was the thought process. If this was indeed a collection of such stories, then why the fifth film that breaks away from the mould? But again, who are we to define what an anthology should be like. All said, Puthum Pudhu Kaalai is an easy watch while it lasts. 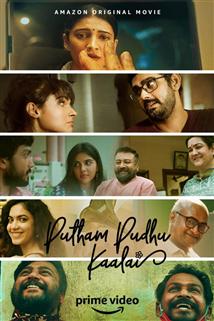