Drishyam 2 goes on floors! Here's when Mohanlal will begin shooting! 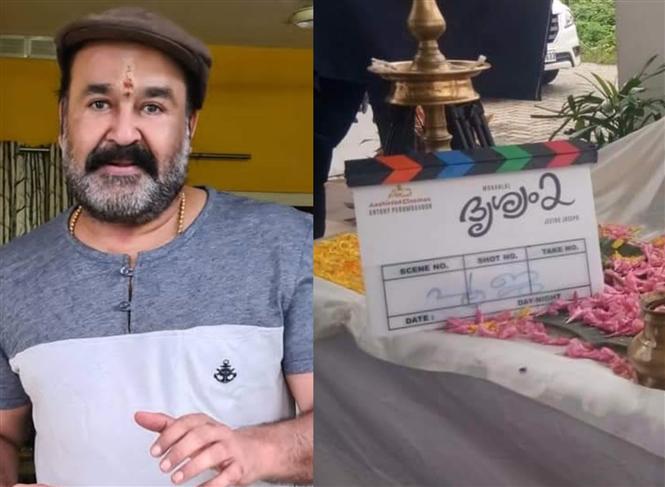 Jeethu Joseph directed 2013 thriller Drishyam was not only the first Malayalam film to garner over Rs. 50 Cr. at the box-office but is the most popular thriller movies in India, thanks to its successful remakes in Tamil and Hindi. 7 years later, Drishyam is all set for a sequel and Jeethu Joseph is returning to direct it.

Glad to share that we have started the shooting of #Drishyam2 today. Here are some of the Pooja Pics. . . . . #drishyam #drishyam2 #shooting #covidprotocolsinplace

Drishyam 2 went on floors today with an official pooja ceremony and Mohanlal is expected to join the shooting from September 25, 2020 i.e. Friday. The cast and crew who have signed the movie are adhering to strict COVID-19 regulations by not travelling until the project is complete and taking tests on a regular basis post shoot.

Drishyam 2 will also see actress Meena returning as Mohanal's wife in the movie and Antony Perumbavoor is producing the sequel under Aashirvaad Cinemas.