Gunjan Saxena Review - A heartwarming coming of age story that hits all the right notes! 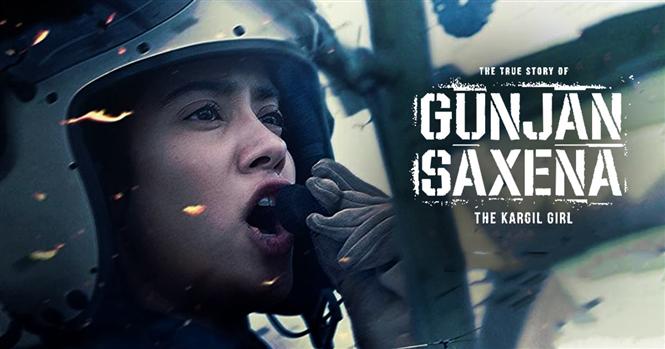 Gunjan Saxena - A heartwarming coming of age story that hits all the right notes!

Biopics seem to be the flavour of the season. Close on the heels of Shakuntala Devi comes Gunjan Saxena and the parallels just don't stop with this. This too is about a female protagonist who refuses to bow down to the expectations of patriarchy. But these apart, this is a drastically different film about a drastically different personality!

Sharan Sharma delivers a heartwarming film, which at its core, is essentially a coming of age story. For the most part, the film showcases its protagonist with all her vulnerabilities. As a young kid, Gunjan dreams of becoming a pilot and there is this cute little scene at the start in a passenger plane which ignites this passion in her. Most of the film is about how she gets to achieve this dream of hers but what really gets us close to this story is the father - daughter bonding at the centre of it all. Pankaj Tripathi is brilliant as the doting father who lets Gunjan dream, remains a guiding force and shares his principles about life without forcing them on her. He gets some of the best lines in the film including what actually constitutes patriotism. The film is also in many ways about a close-knit family. Both Gunjan's mother and brother have her best interests in mind but their thought process stems from a patriarchal mindset or as her brother says, "This is how the world would think and you cannot change the world!".

The film is grounded throughout and as said earlier, the vulnerabilities of Gunjan make her more endearing. While she is passionate and has her strong points, she is never portrayed as invincible at any point. The episodes at the training camp, where she is the underdog and has to put up with colleagues and mentors who aren't comfortable with a female presence, in what has erstwhile been a male territory, make for some compelling viewing. We don't really know how much of this is creative liberty and whether the makers are playing to the gallery but these scenes work and even if you might feel that there could be exaggeration, there isn't the loudness in tone to put you off and the actors playing these parts are terrific.

The film culminates with an episode from the Kargil war and hero too the focus remains on Gunjan without getting too much into the technicalities of the war and the film completely stays away from jingoism. Jhanvi Kapoor does a neat job and she fits in better in the portions where she appears fragile. Not being aware of the personality of the real Gunjan, it is impossible to evaluate this performance by any means of comparison. But what we get on screen is a relatable protagonist who doesn't wear a mask to conceal her gentle nature but is strong from within.

Gunjan Saxena is a well made film backed by good performances. I couldn't help but wonder how the film would have been recieved at the cinemas with a huge crowd with all its cheer-worthy moments. Debutant director Sharan Sharma delivers a heartwarming coming of age story that hits all the right notes! 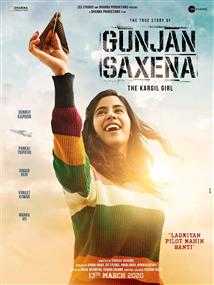