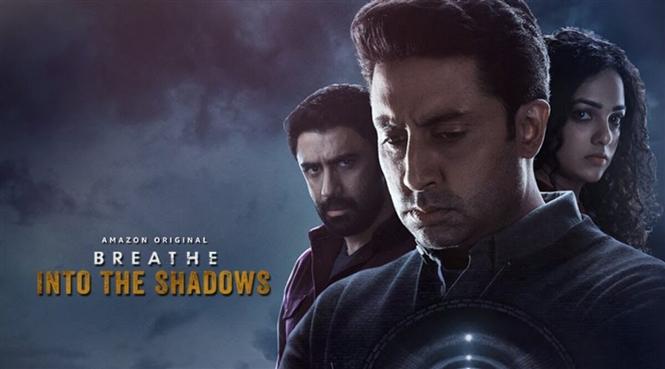 Abhishek and Amit deliver the goods with this suspense filled, new Breathe series!

Amazon Prime’s recent big web series, Breathe: Into the Shadows starring Abhishek Bachchan, Nithya Menen and Amit Sadh has had a lot of buzz thanks to its predecessor (Madhavan’s Breathe) massive success. This new 12-episode long installment, is an attempt at making an intense crime drama thriller with an emotional connect. How has Breathe: Into the Shadows impressed fans?

Abhishek Bachchan plays Dr.Avinash Sabharwal, a reputed doctor and his wife is played by Nithya Menen. The two of them have a cute daughter Siya. Incidentally, a young girl gets kidnapped on a particular night in Delhi. Soon after this, Siya goes missing from a kids birthday party and this leaves Abhishek and Nithya shattered. As they begin looking for their daughter in every corner of the city, they realise this could be the work of a masked psychopath, with a larger motive. Enter the cop Amit Sadh (Kabir Sawant), who gets transferred from Mumbai to Delhi and he is entrusted with this mysterious case. Will Dr.Avinash and his wife find their daughter? What is the motive of this serial killing psychopath? The answers to a lot of these questions gets revealed in this suspense thriller of a web series.

The casting equation of this new Breathe series seems to be a very interesting one. Abhishek Bachchan pulls off a seasoned performance and Amit Sadh is extremely impressive and powerful as the cop. Nithya does a fair job but a lot of other supporting actors add value here. Be it Nizhalgal Ravi in the flashback portion as the teacher, Saiyami Kher as Shirly. Plabita as Meghna Verma or even the characters chosen to be the victims in succession, the cast has added up pretty well.

The primary objective of a crime drama series is to keep the audience hooked to the screen. In this aspect, Breathe: Into the Shadows achieves this feat for a large part of its run-time. The narrative follows a non-linear pattern after a certain midpoint and we have a beautiful flashback portion that keeps giving us connections to the present proceedings. This pattern has worked wonders for the engagement factor. As for the plot, though not completely fresh, the crux of the story has a genuinity and seems to be very functional.

Lot of the suspense gets revealed sometime into the 4th episode but from thereon, the makers have gone in for scene by scene twists and intriguing shots and intense music to keep the watchers guessing. However, one might think that this twist that comes in a little before the centre point, was given away a tad bit too early. It might have been even more interesting if this was a little delayed.

Some of the mention worthy portions of director Mayanka Sharma’s Breathe include the cat and mouse between Amit Sadh and the masked man (psycho), Abhishek Bachchan’s scenes with Amit and the police team. The entire flashback portion and some important suspense revealing twists that keep us guessing. The intensity seems to prevail for a good chunk of the series and hence, the series does interest quite the majority.

Technically too, Breathe: Into the Shadows seems like a sound web series. Cinematography and music work hand in hand and some of the night effect portions seem well shot. Every scene that involves the masked man deserves credit to the entire team as they create a sense of fear and curiosity with every department working hand in hand. On the whole a very decent job by the tech team!

Overall, Abhishek Bachchan’s Breathe series is surely worthy of a watch and will have the attention of most of those who enjoy intriguing content. Very minor issues might crop up for those who expect a lot more from Indian series. After Paatal Lok’s grand success, this Breathe series can be termed a decent watch for one and all. Give it a shot for these 12 episodes to keep up the name that the Breathe franchise has now earnt!

A worthy watch with lots of hits and very few misses. The good dose of thrills, emotions and action add up for an enjoyable mix! 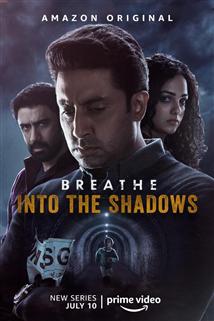