Krishna and his Leela Review - An enjoyable and light hearted take on a dicey topic! 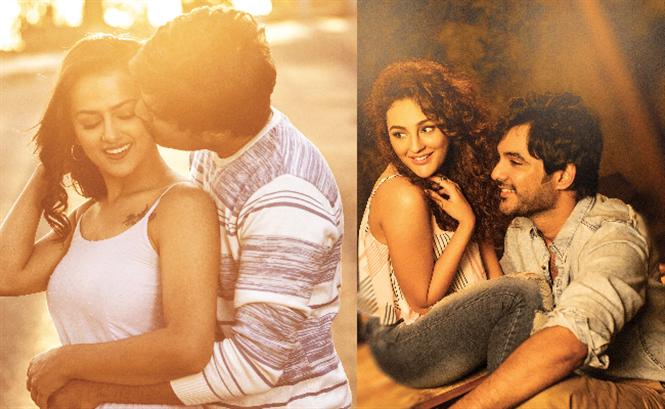 Krishna and his Leela - An enjoyable and light hearted take on a dicey topic!

The title pretty much gives you right away the trait of the protagonist. Ravikanth Perepu whose debut Kshanam was a worthy thriller follows it up with a film that occupies a drastically different space in the spectrum. Reading any one liner about this film might suggest that it is about a playboy and his romantic escapades. While this is indeed a film about a guy who does get involved in two timing, the film treats all its characters with a certain honesty and respect.

The film starts with Karthik (Siddu Jonnalagadda) atop a snowy mountain narrating to us on what possibly got him there. It is almost like a confession or to put it exactly, he is seeking validation about his actions from his conscience and that over here turns out to be us, the audience. The tone of the film is set right here and Siddu gets his antics spot on and right away we are with him even before listening to his story. Ravikanth Perupu gets us to step into the shoes of his protagonist in a manner that though we might or might not agree with whatever he has to say about his actions in the past, we would at the least believe that he is being genuine.

Narrating the flow of events could be a spoiler but the crux is that our guy gets involved with two different women. It doesn't start with the intention of cheating as it initially happens in two different timelines but at a point he gets stuck in being in love with two women at the same time or that is what he says. The film despite its light hearted treatment never trivializes the emotions of the three primary characters. The girls in fact have been sketched with utmost care. At no point of the film are they actually responsible for the mess, as they are kept in the dark by Karthik most of the time. We sympathize with Karthik because more often than not it is the sequence of certain events that leads to his situation but there is a brief period in the film when Karthik is actually cheating and keeps lying to both the girls. At this point it becomes bothersome if the film would justify Karthik. But the closure is dignified and he owns up his actions. His silence whenever one of the girls asks if he would be fine had she done the same confirms that he does feel guilty.

The film doesn't linger at any point and keeps moving at a frenetic pace. Karthik's movement to and fro between Vizag and Bangalore, his job routine and other facets including the pivotal moments in his relationship happen fast or rather we are shown predominantly the highlights. While the moments by themselves do not linger, the director ensures that everything does get registered if you are paying attention. For instance, the lyrics during a song explains Karthik's mindspace as he has moved from the roadside beaches of Vizag to the populated streets of Silk Board in Bangalore. The pace also works here because at no point we are too much invested in either of the relationships. What I mean by this is, while we do believe that the emotions at play are genuine, assume if any portion of the film got into the zone a film like Dia got into or even the Malar portions of Premam. In that case, we probably wouldn't be able to take lightly the fact that Karthik keeps juggling between his relationships. The cheating aspect might have stung more. But it is unfair to assume a scenario and the director(he has also co written the script along with the film's lead actor Siddu) is in control of what story he wants to narrate and the events in the film never look implausible. The trope of bringing back a long lost father to sort out the issues in Karthik's life also works perfectly well here and doesn't seem forced and so are his advices about the importance of making the right decisions and the burden of living with guilt. The character is speaking from his life experience and it doesn't sound like the filmmaker is talking to us directly.

A film doesn't always have to shoehorn a message. I was particularly delighted as to how the film was ensuring linguistic and religious inclusiveness. One of the two girls is a Telugu speaking Malayali. The mesmerizing 'Alaiypayuthe Kanna' in Tamil plays in the background when Karthik's mind starts to waver. The most heartening was how the fact that Arya (Karthik's sister) getting married to a Sikh wasn't mentioned even as a dialogue (there are only a couple of shots that reveal this) and by not focussing the attention, Ravikanth Perepu more powerfully states that this is how it is supposed to be normally. It is only when you are marrying someone for their caste, religion or language that something is probably abnormal!

Bottomline: An enjoyable and light hearted take on a dicey topic and Ravikanth Perepu comes out mostly unscathed after a tight ropewalk.