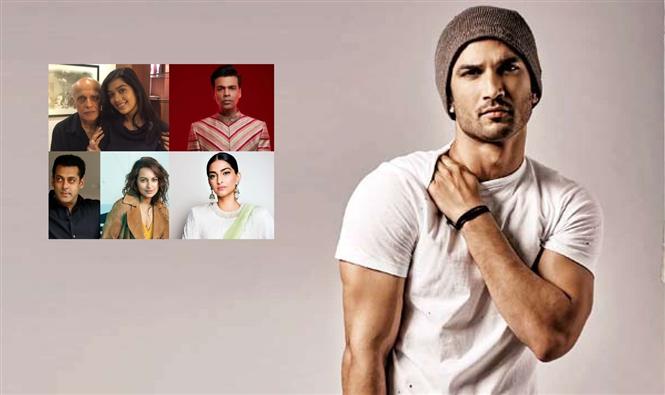 A week ago, Sushant Singh Rajput was found hanging in his Mumbai residence and the unfortunate demise of the Hindi film actor re-opened debates on mental health, nepotism, professional bullying and emotional lynching. While a majority of his fans and well-wishers online believe that the actor was 'pushed' into taking his own life, some even speculate that there is more to this apparent 'suicide' than what meets the eye.

Over the past week, Bollywood actors who hail from film families have been trolled mercilessly online, to the extent that names like Sonakshi Sinha, Aayush Sharma, Zaheer Iqbal (all launched by Salman Khan) quit twitter citing online negativity. Sonam Kapoor went to the extent of calling her privilege, the 'result of her Karma' only to face the wrath of the netizens once again.

being aware of your privilege is great, but equating it to being a result of "good karma" is naive at best and outright entitled and insensitive at worst. Try to use your privilege to advance equality in your field, instead of judging the karma of the less-privileged #SonamKapoor https://t.co/johEngys2J

A ‘large hearted’ PR move from the one & only poster boy of toxic masculinity!👇🏾Of course he felt no such need to tweet or apologise for the vile threats that his digital paid army sent out to intimidate & bully others in the past. Got his dad to speak everytime he screwed up https://t.co/D3qKjx7PzM

And when the usually mum Salman Khan took to twitter asking his fans to 'stand-by' the late Sushant's fans, it was called out as a big 'PR stunt'. As for Sushant's death, the Mumbai police has currently investigated 16 people including actress Rhea Chakrobarthy who was sharing a flat with Sushant till June 8, 2020.

Director Mahesh Bhatt who made it known in the media through his "camp" that he had asked Rhea to leave Sushant after she told him about Sushant's hallucinations and depression was even today lashed at for his twitter post.

Yash Raj Films, a major production house in Bollywood submitted the contract agreement that was signed between the late Rajput and YRF as a part of this investigation.