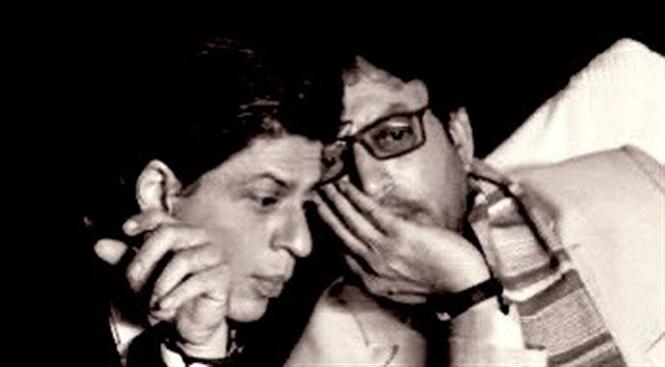 Bollywood along with the rest of the Indian film industry was left in a state of shock today as the news of Irrfan Khan's death floated around. The last rites for the late actor concluded at 3 PM in Mumbai today and Shah Rukh Khan paid homage to the friendship he shared with Irrfan by sharing the following post.

My friend...inspiration & the greatest actor of our times. Allah bless your soul Irrfan bhai...will miss you as much as cherish the fact that you were part of our lives.
“पैमाना कहे है कोई, मैखाना कहे है दुनिया तेरी आँखों को भी, क्या क्या ना कहे है” Love u pic.twitter.com/yOVoCete4A

Irrfan Khan was diagnosed with a rare neuroendocrine tumour in March, 2018 for which he was even stationed at London for treatment. When he showed signs of recovery, the Salaam Bombay actor had shot his last feature film Angrezi Medium but soon slipped into critical care again.

The actor was rushed to a hospital in Mumbai for colon infection and after a day under the doctor's observation, passed away on Wednesday. He was laid to rest at the Versova cemetery in Mumbai the same day.