Dharala Prabhu Review - A faithful remake with the feel-good tag! 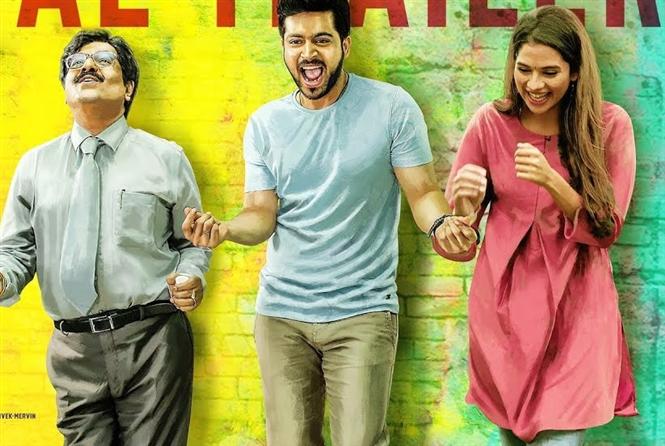 A faithful remake with the feel-good tag!

Dharala Prabhu, the much awaited Vicky Donor Tamil remake, directed by Krishna Marimuthu stars Harish Kalyan, Tanya Hope and Padmashri Vivek in title roles! With most of the sensibilities and sequences retained and some minor changes made to suit the Tamil audiences, this sperm donation based, feel-good film has a lot of good positives to look out for. What makes Dharala Prabhu the genuine remake that it is?

As in Vicky Donor, Harish Kalyan plays Prabhu, a young 25 year old who is on the lookout for a job. He is passionate about football and he lives with his mother (Anupama Kumar) and grandmother. What happens when he meets Vivek (Dr.Kannadasan), a doctor who owns a fertility clinic and how his life changes after this meeting forms the rest of the story. Tanya Hope plays his love interest and this romance has worked out beautifully for Dharala Prabhu. Their chemistry develops into love and eventually they get married. How this takes a turn after Vivek re-enters their life is another parallel plot point that moves this packaged entertainer forward.

Dharala Prabhu’s casting is on point and at many instances, an audience might think this is a very genuinely made remake thanks to the choice of actors firstly. Harish Kalyan as Prabhu is aptly cast and does a neat job of Prabhu. Actress Tanya Hope holds the attention in most scenes and their love scenes work well. However, it is Vivek who scores big with his characterisation, comedy timing and overall performance. Vicky Donor had Dr.Chadda and Dharala Prabhu’s Dr.Kannadasan is on par with this beautifully written character. Vivek is easily the best choice for this role and he proves it with his presence. Anupama Kumar, a coach’s character, Kavya (a kid) and many other roles leave lasting impacts. Full marks to the casting equation. The scenes are almost similar except for a few changes made for our audiences and this has worked out well too! Be it the hero’s meeting scene with the heroine in a store, the theatre sequence, every scene between Vivek and Harish and some emotional moments between a kid and these characters in the latter half, director Krishna scores big with his translation. The dialogues are very well written and none of it seems alien. A lot of sequences evoke laughter and some of the emotions are functional too! For instance, a beach scene in the latter half has been pretty well shot and has helped create tension for audiences in an otherwise action-less film.

Technically, Dharala Prabhu is very sound and impresses. Be it the aesthetics, colour choices, furniture and artwork, everything adds up as positives. Cinematography by Selvakumar SK is neat and editing too is quite crisp. Music by the multiple music directors works here and there and Anirudh’s marriage song is the stand out. Overall, it is easy to say that director Krishna has brought out a good show from his technicians.

When you make a film on sperm donation, in spite of the fact that it is a remake, it is important to make sure that at no point the audience feels like they are watching something cringy or alien. This requires a very specific style of writing and making it presentable for Tamil fans is not a very easy task. In that sense, Dharala Prabhu can be termed a winner. Except for a brief portion in the second half that might seem a little draggy, this 150 minute movie does justice to the brilliant Vicky Donor.

On the whole, Dharala Prabhu has something interesting to offer for the feel-good audiences as well as for fans of the rom-com genre. It has sensible romance, functional and harmless comedy, a forward thinking concept adopted from a Hindi film and good presentation. An entertaining yet subtly emotional film from actors Harish Kalyan, Tanya Hope, Vivek and director Krishna Marimuthu that proves to be enjoyable!

Bottomline: A rare remake that lives up to the original’s name! Dharala Prabhu has positives in abundance and very negligible cons!