Varane Avshyamund - Fun, Warmth and A Celebration of Emotions 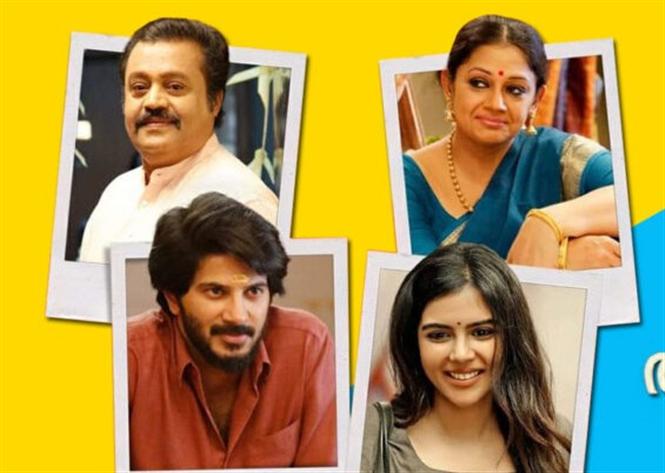 Varane Avshyamund - Fun, Warmth and A Celebration of Emotions

Anoop Sathyan's 'Varane Avashyamund' is latest of additions to the genre that recent Malayalam films have been excelling at. Coming-of-age dramas with warmth and human values.

The film is set in an apartment in Chennai where different flatmates with different issues going on in their life come across each other. There is Neena living with her daughter Nikhitha (played by Kalyani Priyadarshan). There is Bibish, played by Dulquer, who along with his brother and his grandmother come to another flat as new tenants. And there is this loner of a ex-military man, Major Unnikrishnan, played by Suresh Gopi, living in another flat.

The film's beauty is in the exuberant nostalgia it adds. The director beautifully captures the bonds of neighbourhood and the love it brings to our lives. Dulquer, who produced the film as well, is almost in an extended cameo. The narrative revolves around the alliance seeking for Nikitha and how it gets messed up when she finds out that her single mother has fallen in love.

The performances of Shobhana and Suresh Gopi are of superlative standards. The roles are written with such dignity and charm that you root out for them as much as you do for the leads. Neena is a divorcee yet there is no sympathy attached to the character. She claims herself that she is unapologetically romantic and always had been a firm believer of love. Suresh Gopi steals the show with his boyish shyness and blushes all over the film.

Alphons Joseph's music works big time in elevating the fun quotient of the film. The songs, the montages and the way they are shot are a treat to watch. Mukesh Muraleedharan's cinematography captures Chennai in all its beauty. And Toby John's editing compactly fills these emotions!

It is a fun-packed entertainer yet here is a film that talks about ageing issues, brotherhood, anger management and the very idea of love, marriage and romance. Characters judge each other at times but not to titillate audience or evoke laughs. It comes off as an arc and works that way! And that is a huge success by all means!

Bottomline: Anoop Sathyan's directorial debut, 'Varane Avshyamund' is that theatre film that you should catch up with your friends and fam to have a great time and leave the screens with heart-warming emotions to think about. 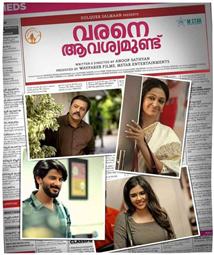