Parasite - A wildly entertaining dark comedy that works both with and without its message! 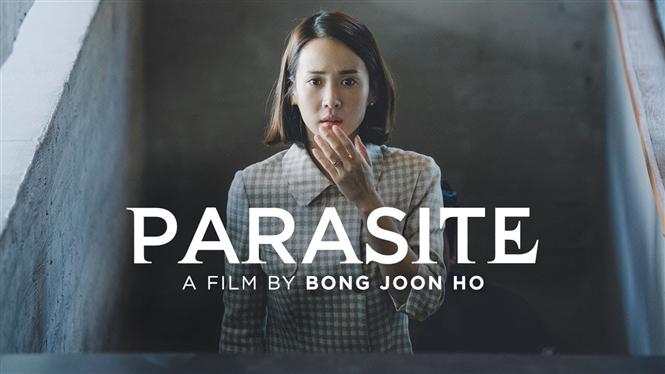 Parasite - A wildly entertaining dark comedy that works both with and without its message!

I actually caught up with Parasite at the Chennai International Film Festival held this December. I am not exposed to Bong Joon-ho's earlier works but Parasite had already made enough noise and the general consensus was that this was the film that was not to be missed at this edition of the festival. An unmistakable crowd frenzie was very apparent at the screening. Few minutes into Parasite and I could sense that this was a relatively more mainstream film. I had no prior clue about the film but very soon realized that the tone was a stark contrast to the sombre films that I was witnessing for the major part at the festival.

The first thing that strikes is the pace of the film. Things get moving right away and before you realize or try to make sense of what is actually happening, a lot happens. The entire Kim family living in a semi basement apartment con the Park family and enter as working staff into their household. A lot has been written and said about how the film is a commentary on the socio economic disparity plaguing our society. But forget all this and still Parasite works as an extremely entertaining outing.

Bong Joon-ho creates a world where he doesn't take time to establish the nature of his characters. He lets them on a prowl and it is upto you to decipher their nature (some of this happens in your mind well after the movie). While essentially being a film about the haves and have nots, Parasite doesn't exactly pit them against each other on screen but rather showcases that what people do might more often than not be dictated by where they belong to. In the film as such, it is the Park family that appears naive and gentle and the Kim family is the one that resorts to unethical means. But we are sort of siding with the latter as the narration is essentially through their eyes. Even in the battle between the Kims and the former housekeeper we really don't take sides despite there being a clear indication of who is right and wrong.This is because the film never really pauses at any point for us to even take a stand before it culminates in that frenetic climax that leaves you asking questions and finding answers for yourselves!

Bong Joon - ho makes clear demarcations in sketching the characters of the two worlds that he portrays. In the struggling Kim household everyone has a say in decisions. You learn that Mrs.Kim was a former athlete and her medals and photos adorn the walls of their cramped basement house. Contrast this with the Park family and it is Mr.Park and his business achievements that are on display. Mrs. Park runs the house but does she have an individual voice? Mr. Park seems a gentleman and treats his staff with respect but he keeps saying about how crossing the line infuriates him. He simply cannot bear the smell of the impoverished which obviously happens when that line that he talks about diminishes. There are simply no heroes or villains in the film. Everyone is a parasite deriving something from the others. Some do it intentionally while others aren't aware.

On the first watch the climax left me wondering and I kept looking for the dots to connect and make sense. But on a recent second viewing (for writing this piece) the fact that when balance is lost chaos and violence would ensue is what I got from this climax. You don't look for logic in chaos but what brings about this chaos is probably what Bong Joon-ho wants us to introspect. The Morse code too is probaby a metaphor for the language of the poor. It is not that the rich aren't listening but they might not actually understand the language or plight of the poor!