Mollywood actor Tovino Thomas is celebrating his 31st birthday today. The makers of Kilometers & Kilometers have unveiled the film's teaser as a special treat to his fans on the occasion of his birthday. Written and directed by Jeo Baby, the film is touted to be a road movie where a Kerala native takes a Himalayan trip with a foreigner.

In the teaser Tovino is seen talking to a foreigner trying to explain the value of relationships and compares his character to Valsalyam Mammootty. Valsalyam is a 1993 movie in which Mammootty played the all-sacrificing eldest brother of the family.

The film marks the debut production of Tovino Thomas and is co-produced by musician Gopi Sundar, Ramshi and Sinu Sidharth. The technical crew includes Sinu Sidharth for cinematography, Rahman Mohammed Ali and Prejish Praksh for  editing and Gopi Sundar for music. 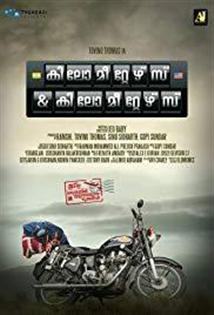