Gang Leader Review - A quirky, jolly entertainer that is fun while it lasts. 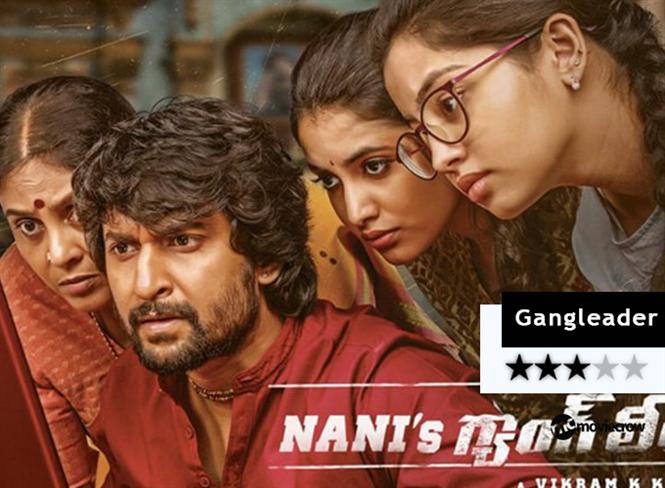 Gang Leader Review - A quirky, jolly entertainer that is fun while it lasts.

Vikram Kumar’s films have always brought us interesting concepts and situations, with complex cinematic techniques put together in novel fashion. But in Gang Leader, the direct opts for a simple and gentle revenge drama sans any noise or bang. The film’s revenge arc is basic, but it is brightened up by the presence of a strong cast and some quirky touches in the screenplay.

Vikram Kumar starts off things with a convincing robbery scene, then leading us to his characters, one by one. Gang Leader is all about a group of women who’ve lost their loved ones and wish to settle scores, only to find help in Pencil Parthasarathy (Nani), a writer who drops his practice of translating Hollywood films to Telugu novels, to be a part of a real revenge story himself. With lots of comedy (except the homosexual angle) and heart in his stride, Vikram Kumar builds the first half very nicely, keeping us engaged in the proceedings. It is only in the second half that the film takes some unnecessary turns and loses out its fizz. Thankfully though, things come back to normal with the director pulling off some sweet twists at the end which make the journey a lot more sensible. The aftertaste of the film may not be great, but here’s something that is good fun while it lasts.

It is Nani who brings in a different shade to his character with his mischievous mannerisms being a joy to watch. Once again, it’s a top act from an actor who slides into the role with ease and carries it on his shoulders. Priyanka Arul Mohan is a delightful addition as the soft-spoken heroine, and gets a couple of good moments where she scores high. The rest of the gang, including veterans Lakshmi and Saranya Ponvannan are in fine form too, and we wished that Kartikeya could replicate the same instead of being the stone-faced baddie in the story.

Miroslaw Kuba Brozek’s cinematography achieves great angles and colors, with a special mention to the ‘chariot’ reference at the halfway mark. Anirudh’s music is key in maintaining the tempo through with his wonderful songs and score working wonders. In particular, the Ra Ra track gels superbly with the proceedings and is a rousing addition to the film.

Gang Leader definitely isn’t great stuff because of some uneven stretches and the length that it comes at. However, it is Vikram Kumar’s sensible approach to the story that makes the ride worthwhile, making it a fairly good entertainer on the whole. Satisfying stuff.

Bottomline: Vikram Kumar delivers a simple but enjoyable revenge tale, lit up by Nani and the gang! 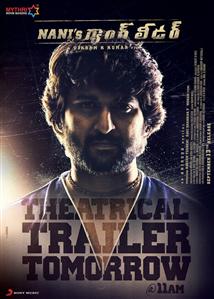