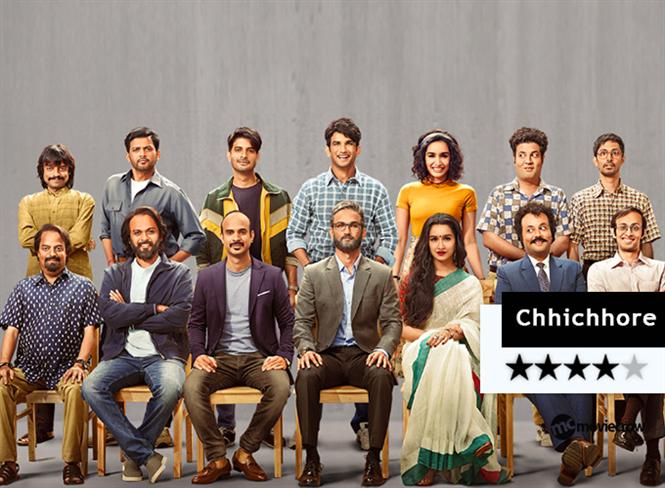 Nitesh Tiwari became a household name with the arrival of Dangal, a trendsetting film which equally balanced the sports angle and a roller-coaster of emotions. After achieving such a herculean task, it was interesting to see what his next film would talk about. Along came Chhichhore, which at the outset, looked like yet another college comedy. But walk into this film, and you will realize that what Tiwari wishes to preach is a message that is important for the entirety of the country. With superb performances, some chilling moments and a backpack of emotions, Chhichhore stands tall as one of the better offerings of the year, bringing us a highly enjoyable film that has got its heart at the right place.

Chhichhore starts off with us being introduced to Anni and Maya, a divorced pair who are tied together by their only son who is just waiting for his JEE results. Things don’t go as expected, and the kid ends up on the hospital bed with his face disfigured and severe brain injuries thanks to a suicide call. Anni then decides to narrate the story of his college days to his son, and is later joined by his pack of peculiar and frenetic friends, telling us the tale of a bunch of ‘losers’.

On paper, Chhichhore might seem like a film that is too simple and on-the-surface, but boy it does bring you many wondrous moments that either make you laugh, smile or tear up. Unlike the average college film that you come across, Chhichhore puts the focus on the ten hostel blocks of the university, their interactions, relationships and quarrels. There’s a Rajkumar Hirani-like touch in the presentation, and though it reminds us of 3 Idiots, it doesn’t give us time to sit and draw comparisons between the two. The first half is majorly lightweight, keeping the mood alight. But the second means serious business, with the proceedings entering the world of sport. Here, Nitesh takes the bull by the horn and gives us a highly absorbing and engaging set of events that do not drive away our attention. Despite the odd note which goes off guard (created due to the overdose of sports dramas we have seen in the recent past), the film holds its place right up to the the astounding final 40-minute segment which is indeed the best of the lot.

Sushant Singh Rajput isn’t quite the best pick for the role, as he struggles to control his chops in the elderly portions of his role. But in the younger college-day outing, he makes up for the bummer by giving the film what it needs. Shraddha, despite her angelic presence, wavers out in the latter part of the film, giving space to the superb supporting cast led by the absolutely hilarious Varun Sharma, Naveen Polishetty, Tahir Bhasin and Tushar Pandey. Coming to the end of the film, one does realize that it is the supporting cast who add so much value to it, including the little two-scene actors who score with their immense comic timing and dialogues.

Chhichhore could have come with better music as there is not even one song that stands out, but the rest of the technical qualities do help the film garner brownie points. A special mention to cinematographer, who captures the sport sequences with such good tempo and tension.

Looking at it from an aerial view, Chhichhore does have some parts where it could have been a little better, but this is undoubtedly an important and interesting watch on the whole. The feel-good value of the film tops everything else at the closure, and what more do you need when you have already kindled more memories than you can imagine.

Bottomline: Nitesh Tiwari hits the deck hard with an emotional, engaging and important piece of cinema. 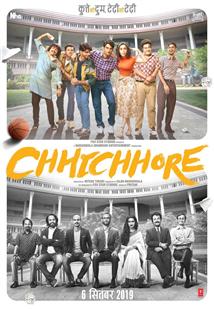