The first look of Ravi Teja's upcoming film Disco Raja has been unveiled by the makers on the occasion of Vinayaka Chavithi. Disco Raja starring Nabha Natesh, Payal Rajput, and Tanya Hope as the leading ladies is directed by VI Anand. The film is set to hit the screens on December 20,2019.

Ravi Teja will reportedly portray three different roles. Kollywood actor Bobby Simha plays the antagonist. The film touted to be a sci-fi thriller is produced by Ram Talluri and has music by SS Thaman. Ravi Teja is now in need of a desperate hit following back-to-back failures and has pinned all his hopes on this film. 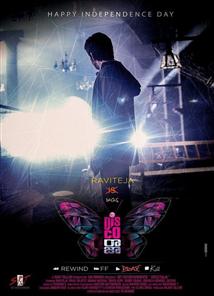