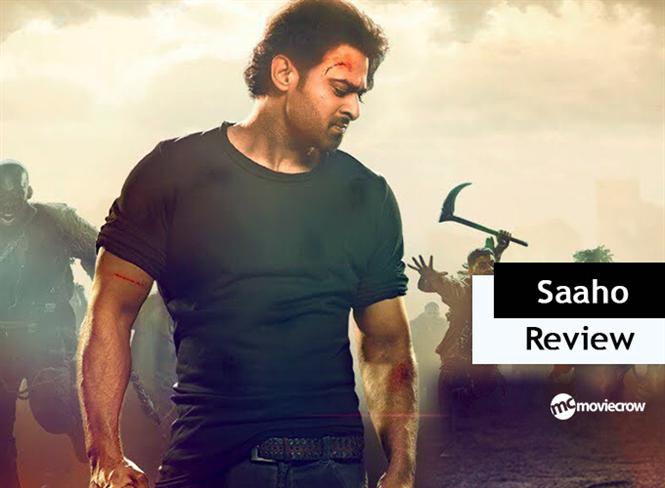 Post the Baahubali mania, fans finally get to see actor Prabhas on-screen in action through Saaho. Visibly made on a lavish budget, Saaho promises to be  a Hollywood-style action thriller with no dearth of guns, chasing or mid-crisis humour. Has Saaho managed to replicate the magic of Baahubali for prabhas? Read on to know the answer

Prabhas' fans had to wait for 2 years after Baahubali- Conclusion to see their "darling" hero on screen. Saaho is only his 3rd (or 2nd) movie in 6 years. Clearly, Prabhas has not taken the task of meeting sky-high expectations from Saaho very lightly.

Despite best intentions, Saaho is a tedious and tiresome watch. This (over) ambitious production is let down by soul-less storyline, convoluted screenplay, and never-ending action sequences. Young director Sujeeth has concocted a cocktail mixture of brain + brawn mounted lavishly on a dystopian setting with action sequences matching that of Hollywood super-hero movies and of course, mandatory love scenes and dream songs. The translation of the grand vision stumbles on execution right from the beginning and all the way till the end credits.

Prabhas towering presence lacks the spark. The make-up and wig look a bit artificial and his usually piercing eyes look very tired. Prabhas body language is lethargic when he is not fighting the villains. Shraddha Kapoor gives some relief in between action scenes.

Saaho has a long list of impressive cast and characters from Telugu, Tamil, and Hindi film industries -- Arun Vijay, Jackie Shroff, Mahesh Majrekar, Chunky Pandey, Mandira Bedi, Neil Nitin Mukesh and many more. There are countless paperboard villains whose intentions and motivations are unclear. Jackie Shroff is in a blink-you-miss role.

The foreground score in the movie is loud. The never-ending action sequences will make you numb. The art director, Sabhu Cyril, along with the CG team, have developed the neo-futuristic Waaji City, den of dreaded gangsters. The cameraman Madhi constantly switches the mood of the movie quite abruptly. The editing tries to make it racy. However, it ends up worsening the already jerky screenplay.

We hope only positive thing out of Saaho for Prabhas may be that it should relieve all the mounting expectations and pressure building up on Prabhas. After Saaho, Prabhas can now not try too hard to recreate the once in a lifetime, Baahubali magic, in every single of his future movies. He can now go back to the drawing board, feel lighter, unshackled from expectations and look for good scripts. 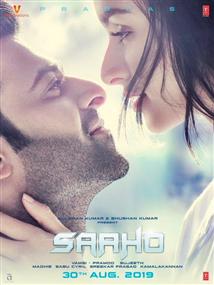