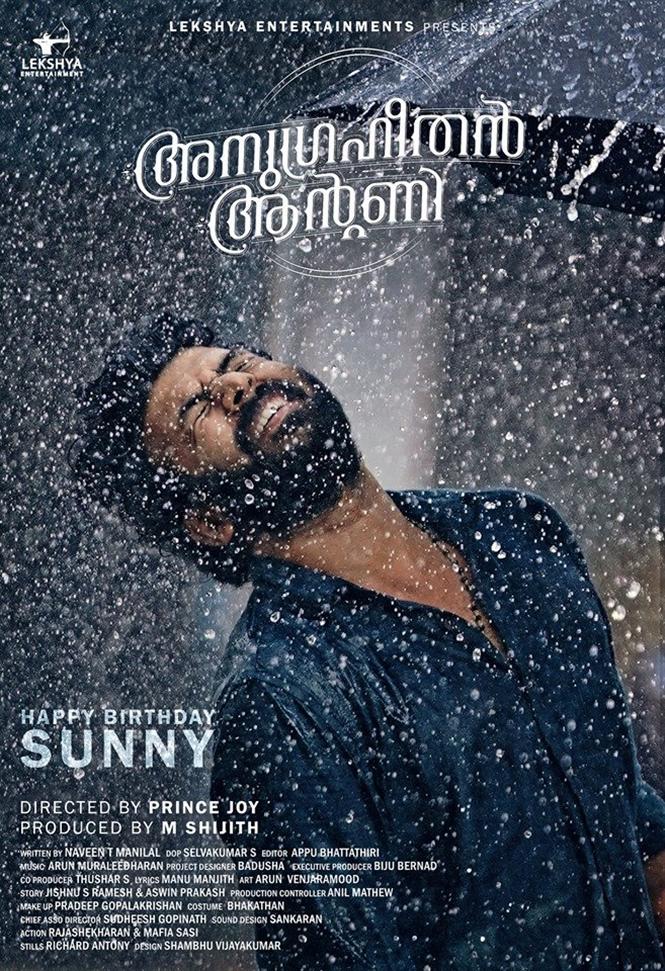 Sunny Wayne is celebrating his 36th birthday today. The makers of his upcoming film Anugraheethan Antony have released a special poster on the occasion of his birthday today. The film is directed by debutant Prince Joy. Gouri Kishan who played the younger version of Trisha’s character in 96' film is making her debut in Malayalam as a leading lady. The film also features a canine that will have equal prominence as the protagonist.

The big-budget venture, produced by Thushar S under the banner of Retconn Cinemas, will be a blend of realistic drama and fantasy. Apart from Anugraheethan Antony, Sunny Wayne's upcoming projects include Kurup, Vrutham, and Pidikittapulli. 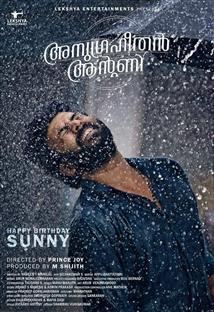