Mohanlal's Ittymaani: Made in China gets a new poster

Mohanlal shared a new poster from his upcoming film, 'Ittymaani: Made In China' on social media. The film shooting has been wrapped and is set to hit the screens for Onam. The comic caper is directed by debut directors Jibi and Joju. Mohanlal is playing a Thrissur native in the film. 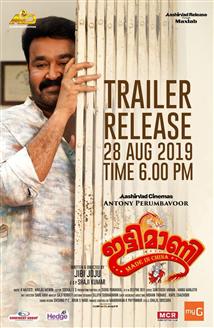