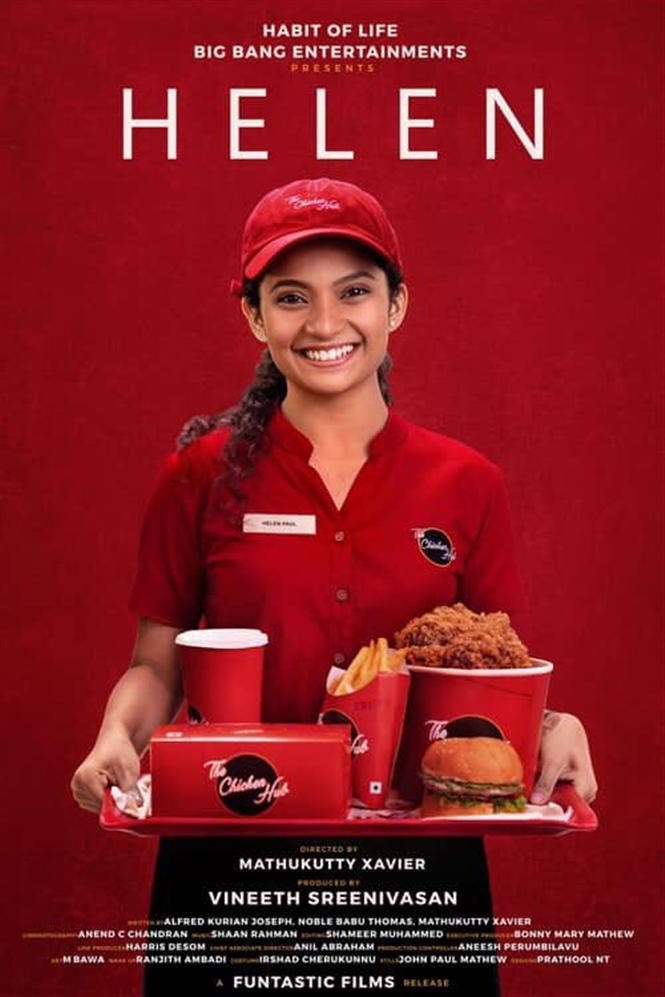 'Kumbalangi Nights' fame Anna Ben who won praises for her role 'Babymol' in the film has signed her next film. Vineeth Sreenivasan will be producing this women-centric film which has been titled 'Helen'. Helen marks Vineeth's second production venture after Aanandam. Anna is playing the solo lead in Helen.

On the other hand, Vineeth Sreenivsan's latest outing 'Thaneer Mathan Dinangal' is doing well in theatres and the actor has been receiving laurels for his role of a teacher 'Ravi Padmanabhan'. He will  be next seen in a movie titled Manoharam. He is also planning to direct his next film which is likely to go on floors next year and Pranav Mohanlal has been approached for the lead role as per reports.