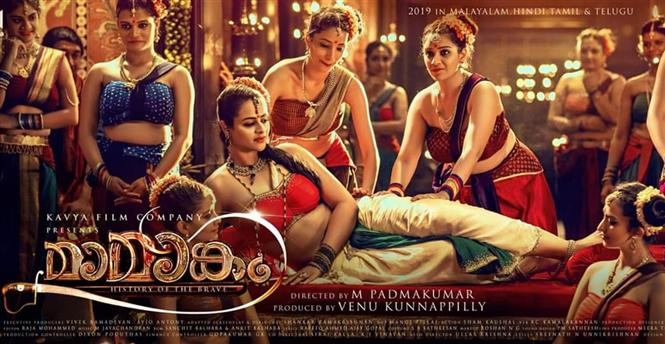 The makers of Mammootty starrer Mamangam have released the much-awaited second poster of featuring the female lead Prachi Tehlan. Prachi who is making her Malayalam debut with Mamangam, will also be seen in some fight sequences. She shared the poster on social media and tweeted, "This is something which is very close to my heart and I would like to share this with atmost happiness. Here is the official poster of the biggest Malayalam movie ever made 'Mamangam' featuring myself as the heroine. Do check this out and lemme know your feedbacks.#Mamangam"

'Maamaankam' is a 17th century festival in which warriors from different parts of the country would arrive on the banks of the Bharatapuzha to fight against each other to prove their superiority. This film in particular is said to revolve around the life of Chaaverukal, a warrior group who plotted against the Zamorin rulers to overthrow them.

The historical film also stars Malavika Menon, Abhirami V Iyer and Unni Mukundan in supporting roles. Mamangam is directed by debutant Sajeev Pillai produced by Kavya Films. It is set to hit the screens later this year. The technical crew of this film includes M Jayachandran for music, Jim Ganesh for cinematography and Sreekar Prasad for the edits. The magnum opus Mamangam made on a budget of Rs. 50 crore is one of the most expensive films to be made in Mollywood. The period film is also the first Malayalam movie to be released in four languages Hindi, Tamil, Telugu and Malayalam.