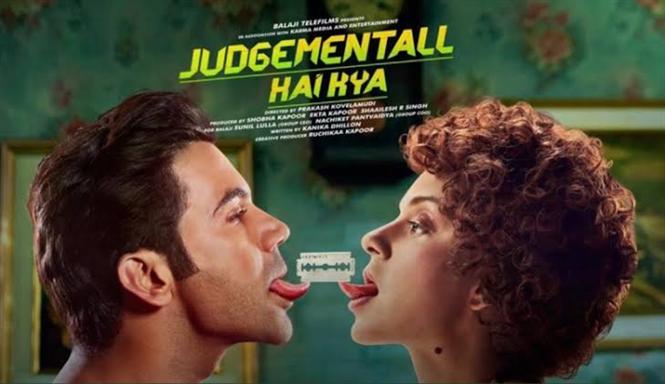 On one hand, Judgemental Hai Kya is a fascinating take on mental health.. sanity and fighting the trauma that has grew along with you. Kanika Dhillon's writing brilliantly sketches the inner world of Bobby. Directed by Prakash Kovelamudi and starring Kangana Ranaut, Rajkummar Rao.. the experience can only be described as nothing short of 'mad-crazy'.
The film toggles around genres of murder mystery and a coming of age character study. With Bobby, who associates herself with the characters she dubs and one who is struggling with her past trauma influenced by domestic violence.. the film interestingly tracks a tale of personal redemption.

The final show down to which the entire second half builds up to is fascinatingly done. The Ramayana metaphor that narrates both the epic and film through Sita's perspective works as a brilliant tool for the narration. From thematic imageries like agni pareeksha.. to the literal metaphor of Keshav looking at him at ten mirrors simultaneously, representing the ten headed demon.. this angle dramatically elevates the thriller to another level.
Kangana Ranaut, as always.. has put out an interesting portrayal of Bobby as this demented, struggling person trying to cope up with the flooding chaos around her. Her performance is outright internal that you almost feel it in your head about the point of views and reasonings she putforth. Rajkumar Rao shines effortlessly both in the grey shade and the evilistic darkness that gets unfolded later.
Pankaj Kumar's cinematograph deserves applauds for presenting the story through its protagonist mind. Through mirrors.. Crooked objects.. Randomness.. the insaneness is captured on point. The highly pulsed music and score keep one hooked to the film. Though one wish the story is even more tightly packed as it sludges towards the middle half.. Judgemental hai Kya, altogether, is a fascinating watch.
Bottomline : Judgemental Hai Kya, is insanely experimental in its theme.. narration.. screenplay.. performances as Kanika Dhillon stamps yet another unique script in the mainstream.
Rating : 3/5 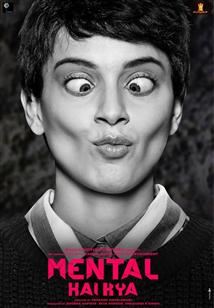