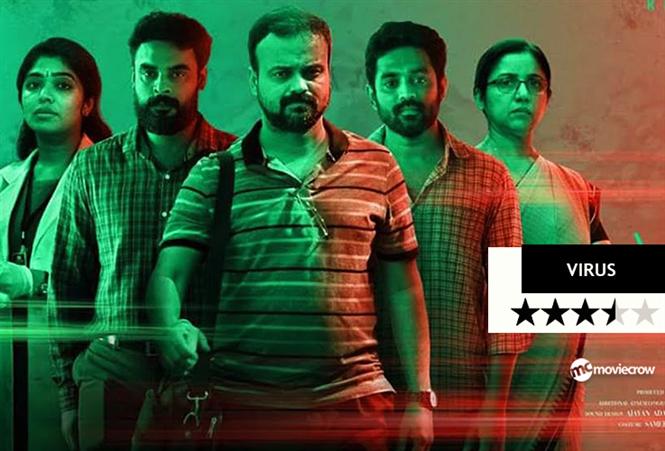 If you are someone who’s even reasonably aware of what’s happening around you then it’s hard not to have paid notice to the unfortunate Nipah Virus outbreak in Kerala in 2018. For nearly 2 months one kept hearing reports of how the first case got noticed, the proliferation of more such cases, the efforts being taken by a team of administrators, government officials, health care professionals etc. to overcome and control the situation. When the outbreak was finally declared to be over on 10th June, 2018 it brought a sigh of relief among us and thus with such a powerful backdrop it was not a surprise to see a feature film on this subject being announced. That it was Aashiq Abu’s initiative to come up with “Virus” made one feel hopeful, his last film “Mayaanadhi” having seen him get back to form wonderfully. The promos have been well received and unfortunately we’ve just heard of another case of Nipah being reported a few days ago in Kochi, making the film gain even more significance.

Aashiq Abu does not waste any time in letting the viewers know what’s in store, the very first scene indicating the gravity of the background. Paul V. Abraham (Tovino Thomas), the district collector of Kozhikode is about to head somewhere with his family, when he receives a phone calling informing him that they are running out of ventilators at the government medical college hospital. Through a host of characters (portrayed by a wonderful ensemble cast), we watch the tale unravel, as we gather what probably happened over a few weeks in and around the districts of Kozhikode and Malappuram. When a complex case of suspected viral encephalitis ends up being fatal and with similar cases being reported, the state’s health minister C.K. Prameela (Revathy) swings into action, receiving the support of many others including Paul V Abraham, Dr. Suresh Rajan (Kunchacko Boban) and Dr. Smrithy (Poornima Indrajith). Paul brings into action a crack team to help in investigation as well as control of the outbreak. How does the team go about handling the same, what are some of the back stories of the people involved, including the unfortunate victims and how does the outbreak get overcome are what we get to see as the film progresses.

Aashiq Abu definitely seems to have received a lot of support from his writers, Muhsin Parari, Sharfu and Suhas. Not only do they seem to have done their research with sincerity, they have managed to keep the screenplay taut for most part of the film and ensured that the film does not look saddled with an overdose of unnecessary characters. The first half in particular is very impactful, the proceedings are tense, swift, heavy and leaving you with no scope for relief. But the momentum does slightly get affected post interval as the pace drops, perhaps the strain of handling multiple characters and their back stories proving to be a stumbling block of sorts. But it is to Aashiq Abu’s credit that he’s managed to nevertheless stay relevant to the subject and not dilute it in any manner. It is also interesting to see the way the actors have been used, there is no clear protagonist in the film, allowing Nipah and its impact to hog the centre stage instead.

Rajeev Ravi and Shyju Khalid’s cinematography is a plus for the film, giving it a grim docu-drama like feel. At 152 minutes the film does feel a bit long, especially in the second half when the pace dips, but thankfully it is not so disconcerting. The choice of locations helps in a big way, the access to a lot of real locations, both indoor & outdoor being instrumental in adding a realistic touch to the proceedings. The casting choices are wonderful, it’s nice to see popular actors like Tovino Thomas, Asif Ali, Rima Kallingal, Indrajith Sukumaran, Remya Nambeeshan, Rahman and a few more playing supporting characters instrumental to the plot, but without much screen time. Kunchacko Boban, Revathi, Parvathy Thiruvoth once again show us why they are dependable actors. Sreenath Bhasi, Poornima Indrajith and Joju George get a lot of scope and register a strong impact. Soubin Shahir is fantastic, the scene where Parvathy is trying to ask him a few questions as part of her investigation and his helplessness and miserable health making him burst out is an indicator of his talent as well as the strength of the film’s writing.

Viirus is a powerful film in all ways, chronicling the events associated with a serious health hazard in a manner that would keep you glued to the screen. Aashiq Abu ticks of most boxes in his attempt to come up with a desi Contagion (2011) in his own characteristic fashion.

Viirus is a good attempt by Aashiq Abu to take us through the Nipah Virus outbreak of last year in Kerala. It is a film that has the backing of wonderful screenwriting and a top notch ensemble cast, making it a delightful yet disturbing watch on screen. 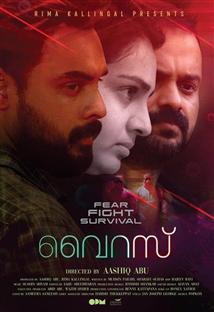