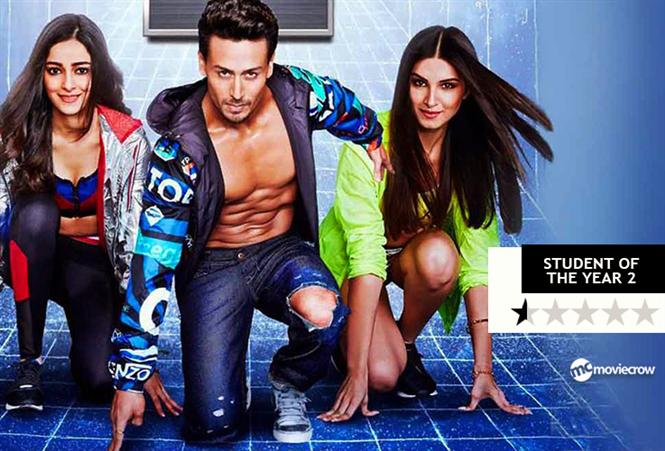 Student of the Year 2 drops off as not only Dharma's most mindless Dharma film but probably the dumbest movie you'll ever end up watching.

What starts as a dumb film.. gets dumber and turns dumbest and eventually signs off as a material where anything can't surprise you anymore. The lavishly shot film is a joke in itself and the real joke will be on us if we look out for character arcs and writing. I mean.. what could possibly be good in a college film that has a title called 'Student of the Year' but entirely plays out either in an auditorium or a playground.

The whole film is based upon Tiger Shroff's (who is just a pain to watch) character wanting to win the 'Student of the Year' award. And we see no, I mean.. literally 'zero' shot of him studying or writing exams or even remotely do anything related to academics. Not only him, this poora film that completely revolves around a college campus doesn't feature a single frame of any of its students opening a book even as a random song montage.

The two girl leads are flexed out as super models who appear on your Insta stories to drop their workout videos or beauty tips. Their characters have zero purpose about their studies, career or life except to be a cheerleader for Rohan to win his award.

A girl who would just have her own parking block in college because she is principal's daughter, an antagonist student who can't afford to come second in anything, a protagonist who looses only to win at the end.. is there anything in this film that's not a template?

This film cracks down a whole new level of trash costume designs where Manish Malhotra's goddamn vibrant coloured dresses, chick tracks, mini-skirts flaunt all around you making zero sense to the story or the backdrop. Added to it is Ravi K Chandran's over the top jubilantly glossy cinematography to shake off the basically absent effervescence of the youth in this fcukall college flick.

Punit Malhotra's Student of the Year-2 is a painstakingly mindless, nonsensical nightmare of a film with no story and pointlessly overt glam & makeup dumped beyond its limit. 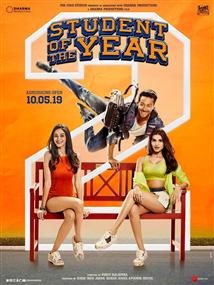