Watchman Review - 'Bruno the dog' sets out to save the day! 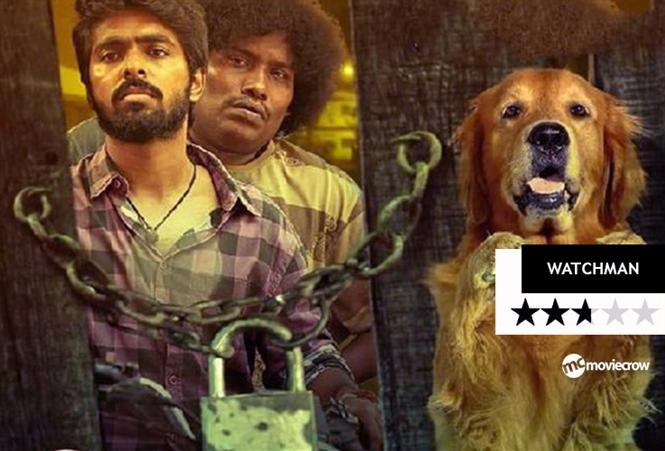 Watchman Review - ‘Bruno the dog’ sets out to save the day!

Director Vijay’s collaboration with music director turned actor GV Prakash is the dog based thriller film Watchman. The biggest challenge for a dog based thriller film, under a tight run time of 95 minutes is to keep us hooked every second and also to convey the emotion along with abundant high points and thrilling moments. Has the team of Watchman accomplished this? Read further to find out.

Watchman is a simple story of a dog trying to save its owner from a group of terrorists who have a past with this owner played by actor Suman. GV Prakash happens to trespass into this same house and what happens next forms the crux of the film. Though this is the major portion of the flick, there are a few other scenes shot outside of this location, that establish GV Prakash’s character, love interest played by Kirik Party fame Samyuktha Hegde, his family, the motive that he has in the film and so on. This portion that has been narrated in a non-linear fashion looks dramatic and staged, mainly because of the hurry that the makers are in, to rush to where the essence of the story takes place (the house). These establishment scenes could have been more natural.

However, the moment the film enters the bungalow, we are introduced to Bruno the dog (Golden Retriever), and it is so fresh and exciting to watch man’s best friend on screen. Kudos to the entire crew for pulling this portion off well as it is really challenging to shoot with a real dog. Bruno is the actual hero of this film and GV Prakash along with Suman support the proceedings with apt performances. In fact, GV Prakash looks comfortable as Bala, a good at heart lower-middle class guy.

Since most of the film is shot in darkness and in a single location, there is a lot of effort with respect to art work and lighting. Tones of green and yellow dominate the exteriors of the house and this looks quite fresh. Coming back to Bruno the dog, he is not just a cute ball of fur but a loyal and smart fighter who goes to every extent to save his owner. There are mass moments created for Bruno’s character that would work well with the audiences and kids in specific. In a lot of high points, we see Bruno score like a boss doggy. He is easily the USP and soul of the film as he runs around, helps, defends, sniffs, finds and what not.

This sort of a film requires terrific technical work and Nirav Shah helps a great deal with his frames and movement shots with respect to cinematography. As for music, GV Prakash has churned out one very mass-thriller based BGM for Bruno the dog and though this is repetitive, it works in most places. Edit by Anthony is crisp as well. What could have been avoided is an item number at the fag end, that has been used to fill up for credits, as it quickly takes away the emotion and thrills that we were offered till then.

The second half starts off right from where we broke for the intermission and the next half-hour is genuinely thrilling for all audiences. With a few good high-points and a single location, director Vijay does a good job of keeping us interested in the script. Though the twists are not completely unpredictable, the ways in which Bruno and GV Prakash achieve what they set out to, is interesting to watch. Towards the end, one might feel the emotion could have had more depth. Especially the little flashback between the owner and the dog lacked the punch that we would usually find in a dog film and Watchman transcends between the thriller and emotional film tangents at this point.

Nevertheless, the overall picture is very much watchable but does not make it to the 'not to miss' list. With a few good thrilling moments, above average performances, the fresh feeling of watching a loyal pup on screen, apt technicalities and fairly engaging screenplay, director Vijay gives a nice experiences for dog-lovers and those who like thriller films. If for more depth in emotion and a slightly longer run time to establish this, Watchman would have been much more intense considering the fact that there is barely any butchering in the form of commercial compromise.

A genuine attempt at a dog-based thriller, with a fairly engaging narrative! 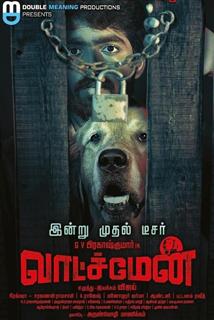