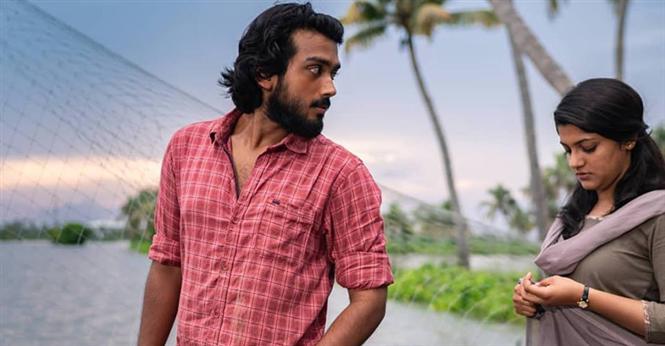 Mr and Ms Rowdy is quite an unusual detour for Jeethu Joseph. There are no jaw dropping twists.. no ambience driven scenes.. no dark toned.. high speed sequences in slow pace. The jubilancy and the rootedness in the story is vibrant here.

The story is a good old beaten track of contrastingly polar boy and girl who keeps standing on the toes of each other, throwing tantrums finally ending up together. The small time crooks mastering up for a big shot meeting this girl and what they are up to forms the rest of crux.

Despite being clichéd all over.. possessing every element that the genre mandatorily holds.. the quirky charm of the film makes you to overlook the boring or rather disinteresting parts. Nothing really kicks in to make you get hooked to the bunch but neither you get jolted away as the telling goes witty now and then. By the time, the rushed up climax happens.. you remember the film for the moments than the story at that point.

The characters are interesting. Yet they easily fall more into a caricaturistic zone than a full fledged arc. Take for example, the character played by Shebin Benson.. an outright dreamer or that of Asif played by Ganapathy.. who is conservative about his sister's marriage. It is just the men who are aimless and carefree fooling around until the character of Poornima enters. Aparna's performance adds a flavour.. a persona to the otherwise one note character.

Kalidas Jayaram's charisma is super cool. Yet the actor in him needs to go a long way. The confidence doesn't really hit you when he delivers his line. The same issue was in Poomaram as well. In the quite stunner of a film that is, Kalidas struggled to fit in. (Am looking forward to his next, 'Argentina fans Kaattoorkadavu', where he finally seems to find a character he can relate to, be comfortable and perform)

The technical team has done their job well as and well of what the film has demanded. Satheesh Kurup's cinematography is lively enough to bring us the goofy comic caperness of the film. So are Arun Vijay's quirky numbers. If only, given a tighter story and an interesting crux, the film would have definitely left a better impact. 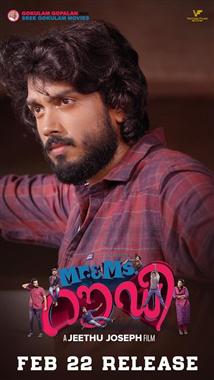