Yatra Review: A Solo Journey All the Way 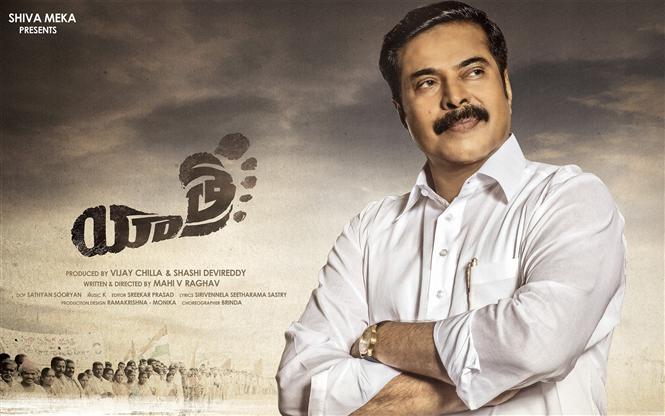 Yatra Review: A Solo Journey All the Way

For those who have been following the political scenario in the Telugu states (Andhra Pradesh & Telangana), Y.S. Rajasekhara Reddy or YSR as he was more popularly referred to is a name that would evoke a strong response, regardless of one’s political interest/ affiliation. I say this because he was a charismatic politician with a fascinating story behind him. He wasn’t someone who shot to power in no time, instead he spent a good 3 decades building up his political career, before leading his party to victory in 2 successive state elections (2004 and 2009), becoming the first politician of AP to serve as the CM in two successive terms. If this was not enough, then his abrupt death due to a helicopter crash added a lot of intrigue to his already interesting personality. No, this is not an ode to YSR or his philosophies, far from it actually. But I do wish to point that considering that biopics are the in thing in Indian cinema of late, I thought YSR made for a good biopic material.

So when I heard of Mahi V. Raghav’s Yatra, I wasn’t totally surprised actually. It was refreshing to hear that a relatively younger filmmaker was able to bag the prestigious project, considering that any prominent Telugu filmmaker would have also jumped at the opportunity to make the film. What also gave some confidence about the project was the choice of Mammootty to essay the role of YSR. Not only is Mammootty a fabulous actor, he is no stranger to Telugu cinema anyways. But going in for interesting but unusual choices of director and hero aren’t enough reasons to ensure that a film can turn out well, especially on a subject like this. It is also important to understand that YSR is still fresh in the minds of the Telugu public, so there are bound to be expectations to cater to from all kinds of people. So eventually how has Yatra managed to turn out, is it a biopic that satisfies the curiosity of the audience? Is it able to present a balanced outlook of the individual concerned? More importantly, does the film manage to be engaging enough?

Strangely the film isn’t actually a true blue biopic in the conventional sense. Mahi V. Raghav has only focused upon a crucial year in the life and political career of YSR, 2003-2004 and the run-up leading to the elections of 2004. Yes this was definitely an important period for YSR, this was when he undertook his famous padayatra, enabling him to travel the entire length of the state and reach out to people across all strata. Starting on an interesting yet abrupt note as we see YSR agreeing to help his political rival’s daughter, it doesn’t take us long to realize that the director has not bothered to take us through YSR’s rise to a prominence in AP’s political scenario. Hence we are introduced randomly to a variety of characters, both from YSR’s own party as well as the ruling party (the Congress party that YSR was part of was in opposition before the 2004 elections). Hence things can get slightly difficult to follow especially if you are not aware of the political background in AP of that period.

While the first half is engrossing despite the abrupt start of sorts and introducing characters at will without even allowing for character development as such, the second half gets a little dull as the narrative takes on a documentary like style with the focus being on the padayatra. While a lot of biopics end up as hagiographies, here it is not even right to consider Yatra as another hagiography as it’s not a full-fledged biopic in the actual sense. However a little bit of balancing would have helped, there is not a single dark spot of sorts seen in YSR’s personality or character in the film, thus diluting the impact to a certain extent. The film’s supporting cast comprises of many known actors but very few get proper mileage in the film. Jagapati Babu plays YSR’s dad and appears in a cameo of sorts, while Ashrita Vemuganti looks very believable as Vijayamma, the wife of YSR. Rao Ramesh and Sachin Khedekar, playing YSR’s trusted adviser KVP and the Congress representative of the party high command do thankfully get some scope to perform.

But despite all the issues associated with the film there’s no doubt that Mammootty’s towering presence as YSR is more than a saving grace for Yatra. Without trying to adopt YSR’s body language and mannerism’s, Mammootty still manages to impress and gives us the feeling of watching YSR on screen and that is the hallmark of a really good actor. Yatra is a mixed bag of sorts eventually; even the way it ends looks a bit too rushed of sorts. With some more insights into YSR’s political journey probably the film would have stepped up a few notches higher.


Yatra is a film that doesn’t deliver complete justice as a biopic of YSR but it is definitely watchable thanks to Mammootty’s matured performance which is devoid of any histrionics. 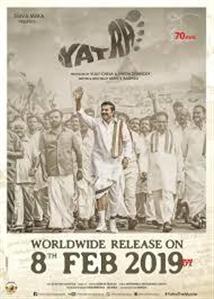