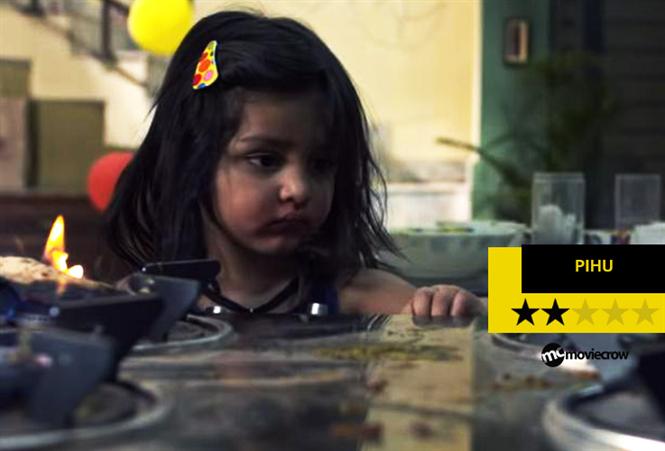 The film opens when Pihu wakes up nearby her mom (who is dead). What follows is this mess of a home that she makes in order to use the loo, drink milk or eat food. The alarming traps just keep increasing. We want any practical help or decision to be made by any of the characters. Like.. the father could have called the security and checked with the kid. But Nope! The suffering goes on and on. Not just for the kid! But for us as well!

The house is up with every possible threat. There are sleeping pills all over the bedroom.. There is broken electricity out of a turned on microwave.. There is a turned on gas stove.. There is an over hot iron box that's one moment away from falling on the kid.. There is water all over the kitchen from a left open tap that may get electrocuted anytime.. There is a fridge that doesn't open easily in which the kid locks itself.. To top this, the kid tries to jump from the balcony. Huh!

Myra Vishwakarma is convincingly natural beyond one's imaginations. She really sells the otherwise mediocre or a pathetic film that solely depends on her cuteness and innocence. And after the intermission, the film literally has nothing to offer or thrill you. The threats they kept using all the way in first half continue soberly here as well. The iron box is still on.. The gas stove is still on..

Yogesh Jaini's cinematography is interestingly done. The visuals hold a terror in them without underlining much. The shot within the microwave was brilliant. In a story that revolves around a kid.. in one locale.. Yogesh succeeds by cutting off repetition and overdoing the 'thriller' element. Vishal Khurana's music is on a separate track altogether. Away from the thrill that goes on in the film.. like a lullaby, it caresses the baby and its beauty.

But what will you do if you have to see a kid that's not gonna be saved or killed till end.. but constantly plays with fire, current, water, heat, heights and everything that's dangerous! Does this sound like some sort of sadistic weird torture mechanism they demanded Alex to watch without a blink in Clockwork Orange? That's how this sadistic film is! 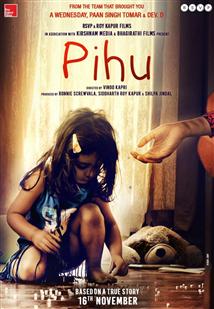