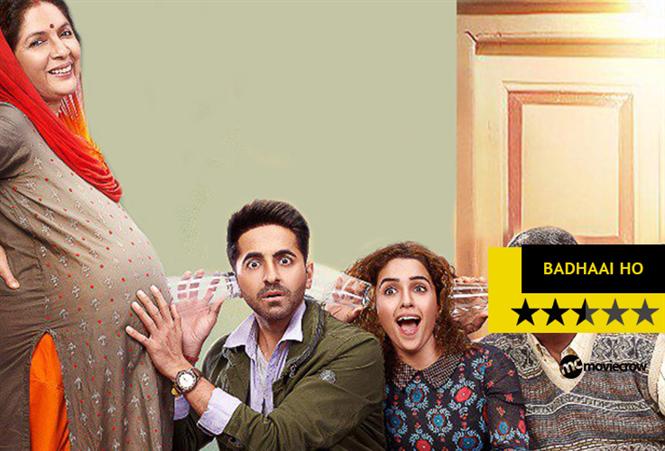 Ten minutes into Badhaai Ho, you get what the film is about, how the central conflict is gonna resolve and almost how the film is gonna end! For the next 2 hours, it is a tiresome watch of an exciting one-line getting chunked in non-exciting sequences.

What happens when a mother of 25+, who is at her 50s got pregnant? This sounds as a plotline that would bring the roof down to the floors when executed in big screen. And, it does.. at certain moments. Like one where Nakul (Ayushmann Khurrana, who is just that right casting to fit into this role) and his brother are told that their mom is pregnant.. Like one where the father tries to open this news to his mother who is half-sleep with her ear-aid machine off! Surekha Sikri who plays the Dadi is the most liveliest character in the film. She is extremely hilarious with her swearings and anecdotes about being Sanskaari. She also gets a beautiful arc with her understanding about her daughter-in-law. The angry rant she yells at his other daughter-in-laws is a well written moment in the film and comes across very convincingly believable in her performance.

Sanya Malhotra plays Reeni, Nakul's love interest. She throws the film's quintessential question - 'Your parents had sex! What's the big deal?'. She also insists that this is how he is gonna be for rest of his own life as well, she wants to be out of it. I love who them trying to make love is intercut to their parents looking at each other blushingly in a family function. The 'turn-off' moment that comes at the end of it is crackingly lit. However, the family setup of the heroine is stereotypically 'elite' and doesn't add anything intriguing to the core story. So is their relationship. The characters share a very one-note dynamics that doesn't surprise you at all.

Neena Gupta is perfect. I love the moment she shares with her friends who comes to greet her on the pregnancy. So is the sequence where she comes wearing a LipStick again. Her beauty that makes this man look at her in a whole different shade is very much lovingly brought out. And Gajaraj Rao who plays father of Nakul is fantastic. His innocence and quirkiness plus this overtime fear he has for his mother is a riot to watch.

Sadly the film that kickstarts beautifully turns underwhelming with every passing scene. You really want the film to do more. And by second half, you knew by-heart how bollywood films set up the aftermaths of a plot like this. The characters come to self-realizations. The leads get into an almost breakup mode. There is a pathos song that shows every character in a sad mood. The hero shares a light moment with parents or sibling. All this happens with no bang. Thanks to the beautiful climax that lights up again. The last 10 minutes of the film is emotional and holds you hooked. But by then, you will be already tired enough to say, "Isn't it over yet?".

Amit Ravindernath Sharma's directorial, 'Badhaai Ho' has a super interesting plot line but is that all? The film that has lively characters falls big time in living up to its capability. 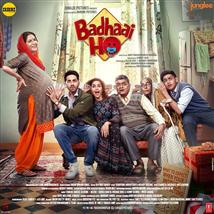