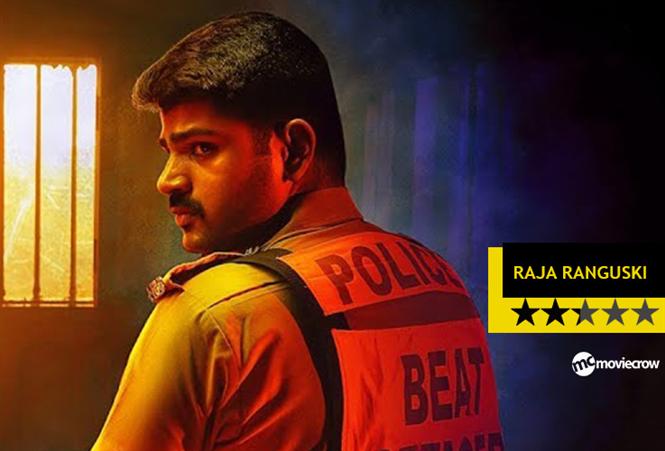 Raja Ranguski starring Metro Shirish, Chandini Tamilarasan and directed by Dharani Dharan is here and it is a love based crime thriller. Though we have seen quite a few murder mysteries in the recent few years, the interest that the genre creates time and again, with the way it is being marketed is surprisingly high.

The most important aspect of a crime thriller would be the genuinity of the attempt and the high points that it could create in a logical manner. On these lines, Raja Ranguski seems like a film that is pretty decent on paper. Revolving around a particular murder, the entire script transcends between tangents created between few characters and the question of who the killer could be, gets its answer eventually. Has the director kept us hooked to the screen?

The entire crime scene happens in a particular gated community and the complex geography of this location is a big positive to take the story forward. In fact, some scene by scene twists have been placed keeping this geography in mind and the play related to this is of a good standard.

Actor Metro Shirish who plays a cop has stuck to the basics and kept it very subtle. This has worked in a few places but the scenes that carry a specific level of seriousness or importance demand a more emotion driven and expressive performance. This is an aspect that seems to pull down the game. Chandini has done justice to her role as Ranguski and a lot of supporting actors have done their job well. Jayakumar as KK has delivered a noteworthy performance and Kallori Vinoth’s one liners work here and there.

As for the technical aspects, cinematography by DK Yuvaa is brilliant and most of his frames and angles have set the required mood for the picture. Edit by Shafiq and Yuvan Shankar Raja’s background score compliment the script. However, the placement of a couple of songs are very poor and they clearly hamper the pace of proceedings. Commercial compromise is the biggest menace to the intensity of a crime thriller and yet again, we see it affect this film.

The moment a crime thriller sets off, the guessing game begins and the biggest challenge for a writer is to surprise the watcher with the reveal in an intriguing manner. Director Dharani Dharan has done well here. Even though the major twists are not predictable, the scenes involving the murder mystery have a few cliches and this could have been handled in a slightly more interesting way. Nevertheless, both the halves have a few high points on offer.

Few scenes before and after the interval block have been woven out well and the last quarter has a flashback that is justifiable. Anupama Kumar’s character has been etched out pretty well and there is a tad bit of good humour here and there too, to top the thriller genre.

What brings down the overall fizz of the film is the depth with which the emotions have been portrayed by certain characters and the placement of a couple of songs. A slightly tighter execution and a few more interesting aspects added to test the intelligence of the audiences, could have made Raja Ranguski an excellent crime thriller that has love as its epicentre. However, it falls flat as a passable venture that has a mix of few genuine moments and few complaints.

Raja Ranguski is a passable crime thriller with a fair deal of thrilling moments that could have been more engaging. 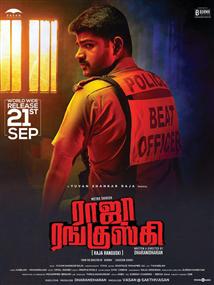