Sammohanam is a new age love story which explores the romantic attraction between two lovers.  Aditi Rao Hydari essays the role of an actress in the movie, while Sudheer Babu will be seen as a comic book illustrator. The film has music by Vivek Sagar and will be bankrolled by Sivalenka Krishna Prasad. PG Vinda is the cinematographer. 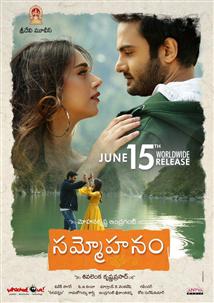