The much awaited trailer of Officer starring Nagarjuna in the lead role, directed by Ram Gopal Varma is out. Nagarjuna plays a fearless cop in this crime thriller. The film is set in the backdrop of Mumbai. Shiva (played by Nagarjuna) is a daring police officer from Hyderabad who is posted in Mumbai to investigate a special case.

Myra Sareen plays the leading lady. The film is set to hit the screens on May 25, 2018. The film is produced by Ram Gopal Varma and Sudheer Chandra under A Company Production. 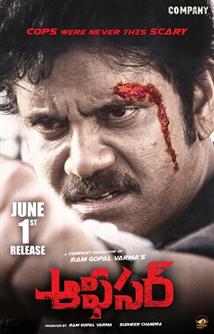