The  much awaited trailer of Natural Star Nani's upcoming film 'Krishnarjuna Yuddham' is out. The film is written and directed by Merlapaka Gandhi. Nani plays double role in this romantic action entertainer. Anupama Parameswaran and Rukshar Mir are playing the leading ladies. HipHop Tamizha Adhi has scored the music. The film is set to hit the screens on April 12, 2018. The trailer looks promising and is expected to be a treat this summer. 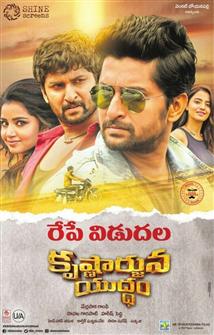