Awe Review - Quite an "awe"some attempt 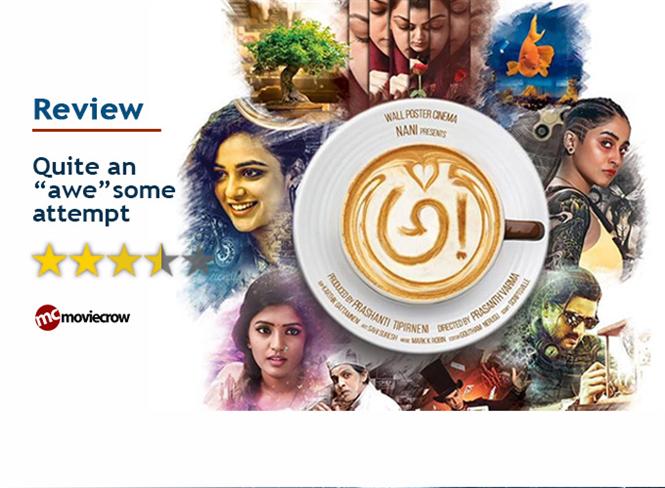 Awe Review -  Quite an "awe"some attempt

Getting to make your debut feature film with a talented bunch of popular actors, including a few saleable stars is no mean task. Getting someone like Nani to present the film & having the right kind of backing for the film overall is also definitely something that’s aspirational. Now imagine despite the “safety net” guaranteed by popular actors& confident producers, one goes on to make a film that at its very outset sounds pretty exciting, but also definitely not outright commercial and hence risky in a way. Well that’s exactly whatPrasanth Varma, currently the talk of the Telugu film industry and why not, has done. After all he’s the writer-director of “Awe”, the film that’s been looked up to and talked about ever since the promos came out. Naturally I was quite curious to try and find out ifthe pre-release buzz would be justified and whether the film was worthy enough of the title as well.

It’s difficult to talk about the plot of Awe without the use of spoilers and hence it makes no sense to do a detailed description of the same. In a nutshell Awe talks about a set of interesting characters, all of whom seem to have no connection of sorts with the others to begin with. The setting is in a hep café of sorts where the entire plot unravelsand eventually there is a connection of sorts established, a strong binding force that strings all the characters together,and setting up an explosive finale in a way. What’s interesting is that each of the characters have story arcs of their own, some of them being impressive enough and having the scope to be spun off into a separate movie of their own.

Touching upon various interesting subjects like homosexuality, child abuse, time travel, mental health, supernaturalism and a lot more, Prashanth Varma’s writing ensures that the proceedings are kept interesting right throughout. Also commendable is the element of humour that’s subtle and understated but nevertheless put to good measure in the film. I am not just referring to the segment featuring the chef who depends on YouTube videos for cooking (PriyadarshiPullikonda) which is definitely the lightest part of the movie, but there’s enough scope for humour in the rest of the film too. Technically too the film is on a strong wicket, be it in the form of KarthikGhattamaneni’s visuals, Sahi Suresh’s art direction and of course GouthamNerusu’s editing. In fact for keeping the narrative taut within aduration of just 115 minutes as well as for inter weaving all the characters and sub plots together comfortably, GouthamNerusu deserves to be praised along with Prasanth Varma.

The film has a huge ensemble star cast; hence not all of them get ample screen time. However it is to Prasanth Varma’s credit that he manages to do justice to all the characters in the best possible manner. EeshaRebba looks vulnerable and pretty while Nithya Menon portrays the character in contrast, Rohini, Devadarshini, Srinivas Avasarala and Murali Sharma are all well utilised. Regina Cassandra as the coke addicted café employee with her grunge rockstar like looks is seen in a new avatar and is impressive. Priyadarshi’s segment is entertaining and is aided with the voice overs of Nani and Ravi Teja. Kajal Aggarwal does not have much to do despite her top billing, thankfully the tale reaches its finale mainly due to the character that she portrays and the convergence of all the characters and their segments happen around her presence.

Overall Awe is definitely a path breaking attempt of sorts for Telugu cinema. A refreshing experimental tale with the presence of popular actors, this one does not really have a recent precedent of sorts. Here’s hoping that Prasanth Varma continues to make films with honesty, as of now here’s a film that a discerning viewer can thoroughly feel impressed with.

Prasanth Varma comes up with an impressive debut film, a film with a heart and one that is a potential game changer of sorts. If you like to watch experimental yet interesting fare, do give this one a try for sure. 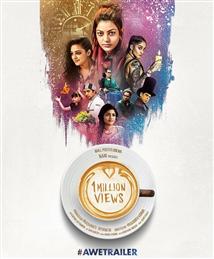