Director Puri Jagannadh's son Akash Puri is making his debut in the Telugu Film Industry with Mehbooba. The film is directed and produced by Puri Jagannadh. The film is said to be a soulful love story in the backdrop of 1971 Indo-Pakistan war.

Neha Shetty plays the leading lady. Sandeep Chowta has scored the music. The film has been shot in Himachal Pradesh, Punjab and Rajasthan as well. 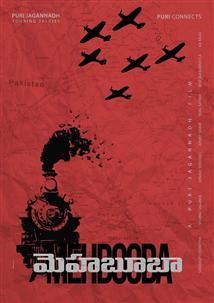