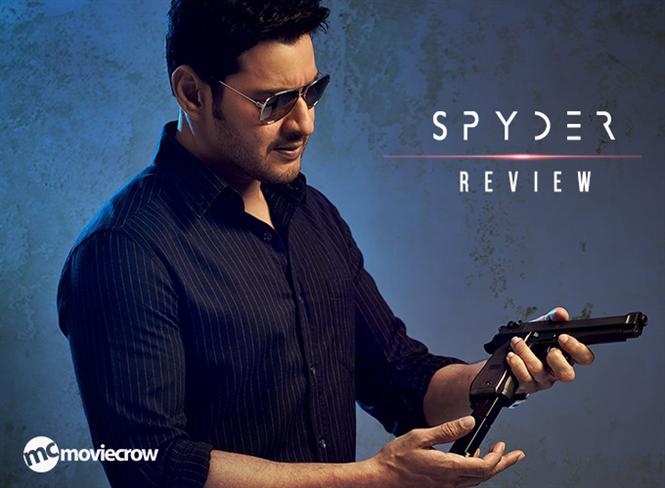 AR Murugadoss is back in Tamil after Kaththi, almost 3 years. This time he had come with a bilingual offering in Tamil and Telugu to launch Mahesh Babu in Tamil. Mahesh Babu’s long-awaited Tamil launch is carefully selected under the able direction of AR Murugadoss, who is one of the handful of directors who knows how to handle star power with class and mass.

Spyder has typical AR Murugadoss signature style of making. The movie has his usual ingredients of popular hero fighting for a social cause with good dose of lighter and romance moments with good technical values and songs. AR Murugadoss takes up a social theme in every one of his movies in the past. This time is no different as he delves into the lack of compassion among people due to modern day technology advancements. AR Murugadoss takes a very interesting premise of how the lack of compassion in society leads to increase in crime to derive sadistic pleasures. AR Murugadoss takes the time to establish the villainous nature of SJ Suryah through flashback portions, narrated in a dark and grim manner. The buildup of SJ Suryah’s character during the first half is one of the best portions during the movie.

Mahesh Babu has done justice to this role in every possible way. His character displays the combination of brains and brawns, showcased almost in equal measure throughout the film. Mahesh Babu physique and looks fit that description to the T. Not many heroes in Tamil (and Telugu) would look equally convincing in such a role. Mahesh Babu acts in a measured manner while displaying larger than life where it matters.

Finding good villains have been a  challenge of-late. SJ Suryah has done a spectacular job with his looks dialogue delivery and body language. The director has given up the necessary build up to further heighten his darkness of his characterization. SJ Suryah’s villainy elevates the stature of Mahesh Babu’s heroism. SJ Suryah’s characterization is along the lines of Joker and other villains in super hero movies. The opening scene with a mask makes the right impact.

Rakul Preet Singh does the standard role of heroine expected to provide the romance factor.  Bharath is back in a smaller cameo role, acts as a stepping stone to the big villain.

AR Murugadoss keeps the script very tight during the first half and establishes the feud between the hero and villain characters. However, the director appears to go overboard and ignores the logic, especially in the scene how he tracks down SJ Suryah holed up in a house through TV Serial. AR Murugadoss regains ground during the climax portion with the elaborately mounted fight sequence in a bomb-laden hospital.

Harris Jayaraj’s background score is exceptional, especially building up for SJ Suryah. It will send chills down your spine during the flashback portion. Harris has done well in the song departments with a good hero introduction song and a duet song. Santhosh Sivan’s camerawork moves the story along well. The camerawork in the hospital rubbles is very well done. The editing and camera work along with background music supports the storyline.

This is AR Murugadoss signature style movie with Superhero template without the hero having super powers. This is probably the best launch Mahesh Babu could have asked for. In return, Tamil audience will embrace Mahesh Babu. 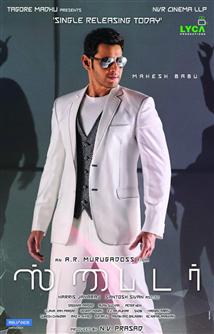