The official teaser of actor Jayaram's upcoming movie Sathya has been released. The movie that comes with the tagline Man on the road has been written by AK Sajan and directed by Diphan. Nikita Thukral plays female lead of this movie which has music by Gopi Sunder, cinematography by Bharani K Dharan and edits by Samjith. Sathya had been produced by Firoze Shaheed under Shehnaz Movie Creations. 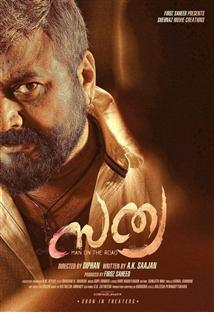