To live his role, the actor learnt the different aspects of printing from the owner of the press, a Punjabi gentleman by the name of Mr Jaggi who has been living in Lucknow for the last 40 years.

According to Mumbai Mirror, Khurrana visited a printing company in Lucknow where the film is being shot, and shadowed Punjabi owner Mr Jaggi to see how he worked. “I used to observe him to understand his body language and how he handled the 10-12 people working with him. I didn’t get into the technicalities and only know how to switch the machines on and off,” stated the actor. 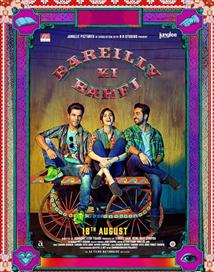