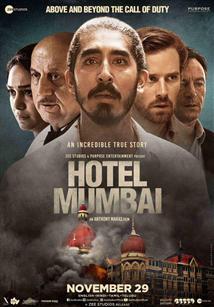 A Brilliantly Staged Film On A Horrifying Tragedy

Anthony Maras's "Hotel Mumbai" accounts the Mumbai terror attacks on Nov 26 in its most intense and dignified way possible. The chilling ambience and the recreation of panic and horror is brutally brilliant.(more)

It is a real-life horror revisited. But it never jumps the gun and stays firmly focused on the human facet of drama.(more)

Hotel Mumbai is a gripping, nerve-wrecking and emotionally draining watch. And as the film releases in India close to the date of the actual terrorist attacks (eleven years ago), it risks triggering horrifying memories and re-opening emotional wounds. But at the same time, it also reminds us of the extraordinary courage of the ordinary people.(more)

Dev Patel and Anupam Kher film is neither black nor white. It's just right

Maras's film is not a black-and-white propaganda film. But at the same time, it leaves out several details that were crucial slips. Like the rifles not working, for instance, that laid bare the police's inadequacy at handling a siege of this proportion. It, however, focuses on the humane side of things. And perhaps intentionally. Thus building heroes out of an ordinary man. That's where Dev and Kher come in.(more)

Flattened humanism in a thrilling film

Even in that pulsating moment, this sounds like an admission. An admission of dread, yes, but also of ignorance.(more)

There is no attempt to relieve the tension, no little side stories to humour its audience, and almost no strained sentimentality. However, that both serves this deeply chilling script well -- more chilling for it being real -- and takes away from it.(more)

Director Anthony Maras' treatment of terrorists might ruffle some feathers, but Dev Patel's strong performance make it a defiant and cathartic cinematic experien(more)