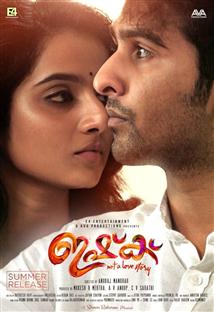 A Shane Nigam Show All The Way

Anuraj Manohar's thriller tale, 'Ishq' that comes with the tag line 'Not a love story' definitely isn't a normal one. The whooping twists and turns with Shane Nigam's terrific performance makes the film engaging, interesting and gets us constantly hooked(more)

The film gives a glimpse into the kind of moral policing that many are constantly subjected to, on our streets

The constant ogling, sleazy comments and character assassination that women are subjected to, when spotted with men in public, are aptly brought out through the scenes in the movie. The finesse with which the film�s director showcases our society's double standards when it comes to treating couples or women also deserves a mention. It urges the audience to cheer for the revenge story, and the answers to the many questions triggered within viewers while watching Ishq are cleared at the right junctures of the story. (more)

The film does redeem itself a bit with a little twist at the end. While Anuraj deserves appreciation for not sticking to a conventional narrative and taking some risks, the script and the revenge part are a let down. This is certainly not how moral policing needs to be fought.(more)

Ishq is replete with plenty of intense moments and I'm not exaggerating when I say that Anuraj's commendable mastery over his actors' performances brings to mind filmmakers like Sidney Lumet and Martin Scorsese. Not many films can make you root for a character and then minutes later make you ask if it wouldn't be more appropriate to show them the finger instead. (more)